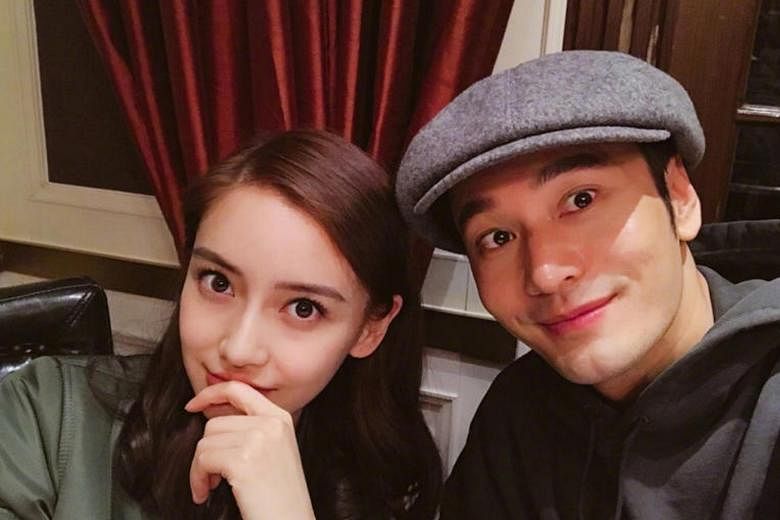 BEIJING – Chinese celebrity couple Huang Xiaoming and Angelababy, whose marriage has been the subject of constant speculation in recent years, have confirmed that they have divorced.

The two actors tagged each other and put up an identical post on their respective Weibo accounts at 1pm on Friday: “Grateful for everything in the past, we are still a family in future.”

Their respective agencies also posted a press statement on Weibo at the same time, saying that Huang, 44, and Angelababy, 32, have decided to split amicably and have completed the relevant procedures.

The agencies said that the former couple will raise their son, who just turned five in January, together in future.

The agencies added that they will not comment further on the divorce and will take legal action against malicious rumours.

Huang and Angelababy, whose real name is Angela Yeung, dated for about five years before going public with their relationship in 2014.

They married in 2015, with Angelababy giving birth to their son, who is nicknamed Little Sponge, in January 2017.

However, rumours of marital woes started surfacing in 2019 because they were hardly seen together in public and seldom interacted on social media.

Huang tried to refute the rumours in July 2019 when he replied to a fan directly on Weibo, saying that he still liked his wife.

His response came one month after the high-profile divorce of South Korean actors Song Joong-ki and Song Hye-kyo and the split of Chinese actress Fan Bingbing and actor Li Chen.

The last controversy came in January 2021 when Huang appeared on the same stage with his ex-girlfriend, Chinese actress Li Feier.

Huang was hosting Chinese reality TV show Sisters Who Make Waves at that time, while Li, 34, was one of the 30 contestants.

It revived a decade-old rumour of Angelababy being the third party in their relationship between 2007 and 2010.

Angelababy took to Weibo to rebut this allegation, addressing Huang as “Mr Huang” throughout the post.

Huang quit as host of Sisters Who Make Waves after the incident.