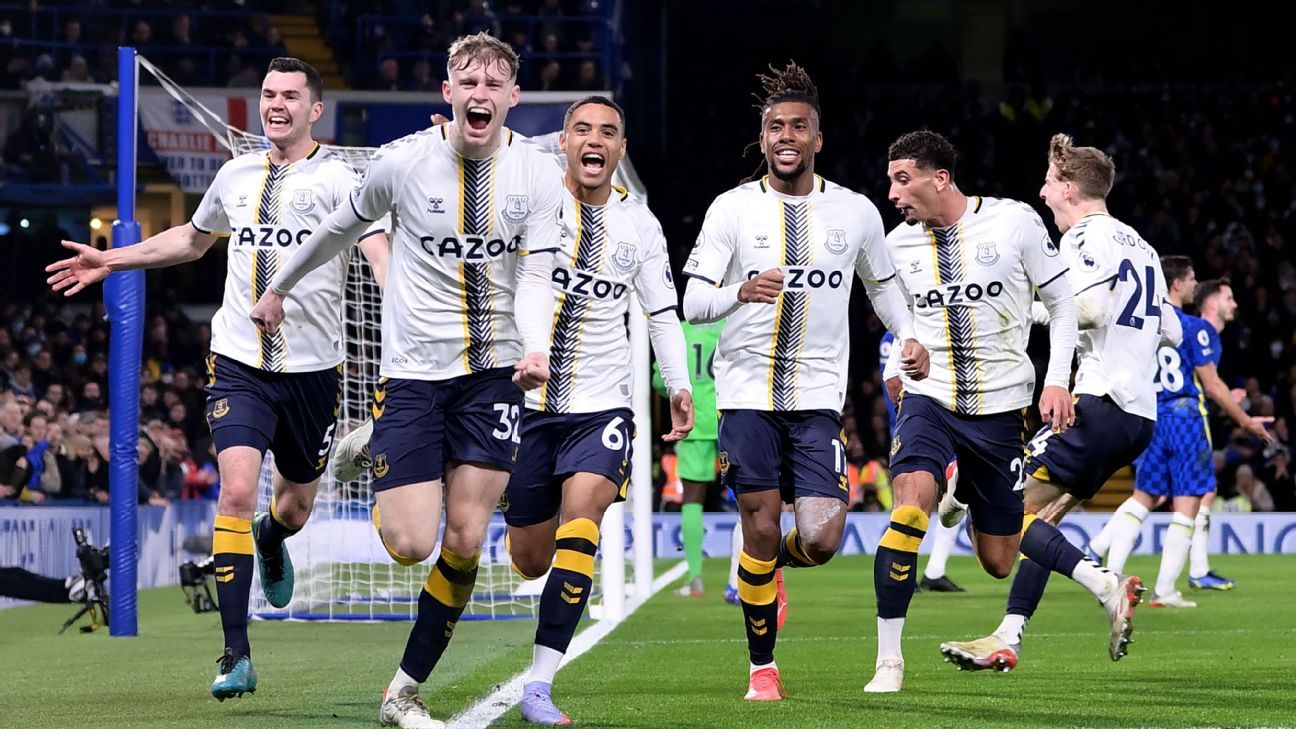 Chelsea missed the chance to close the gap on Premier League title rivals Manchester City and Liverpool as they relinquished a second-half lead to draw 1-1 with Everton at Stamford Bridge.

After the hosts missed a succession of chances, Mason Mount finally found a way past Everton goalkeeper Jordan Pickford in the 70th minute, only for teenage defender Jarrad Branthwaite to equalise four minutes later.

Chelsea dominated from kickoff and looked certain to take an early lead, but Reece James and Mason Mount shot wide from good positions, before Pickford saved from Christian Pulisic, Hakim Ziyech and, from a 25-yard free kick, James.

But the England No. 1’s best save of the opening half came 10 minutes before the break when his outstretched right leg kept out a close-range shot from his international teammate Mount, who had been played through by Antonio Rudiger.

In the 70th minute, Mount broke through by scoring for the fourth straight league game. After a rare Everton attack broke down, Chelsea countered and Mount took a pass from James to beat Pickford. It was the home side’s 20th shot of the game.

Four minutes later, though, Anthony Gordon‘s free kick found Branthwaite at the far post and the 19-year-old — making his first league appearance of the season — stabbed a shot past Edouard Mendy.

Chelsea pushed for a winner, but struggled for the fluency they showed early in the game. Thiago Silva had the best chance to restore the lead, but he too could find no way past Pickford, who made a fine save low to his right from the Brazilian defender’s header.

The game was played amid the growing impact upon the Premier League of the COVID-19 Omicron variant. Before kickoff, Chelsea manager Thomas Tuchel revealed that Romelu Lukaku, Timo Werner and Callum Hudson-Odoi were all unavailable for selection having tested positive for COVID.

Meanwhile, former Chelsea manager Rafa Benitez returned to Stamford Bridge with a shorthanded Everton squad; the recently-injured Richarlison and Andros Townsend, as well as long-term absentee Dominic Calvert-Lewin, were among those unavailable for the away side.