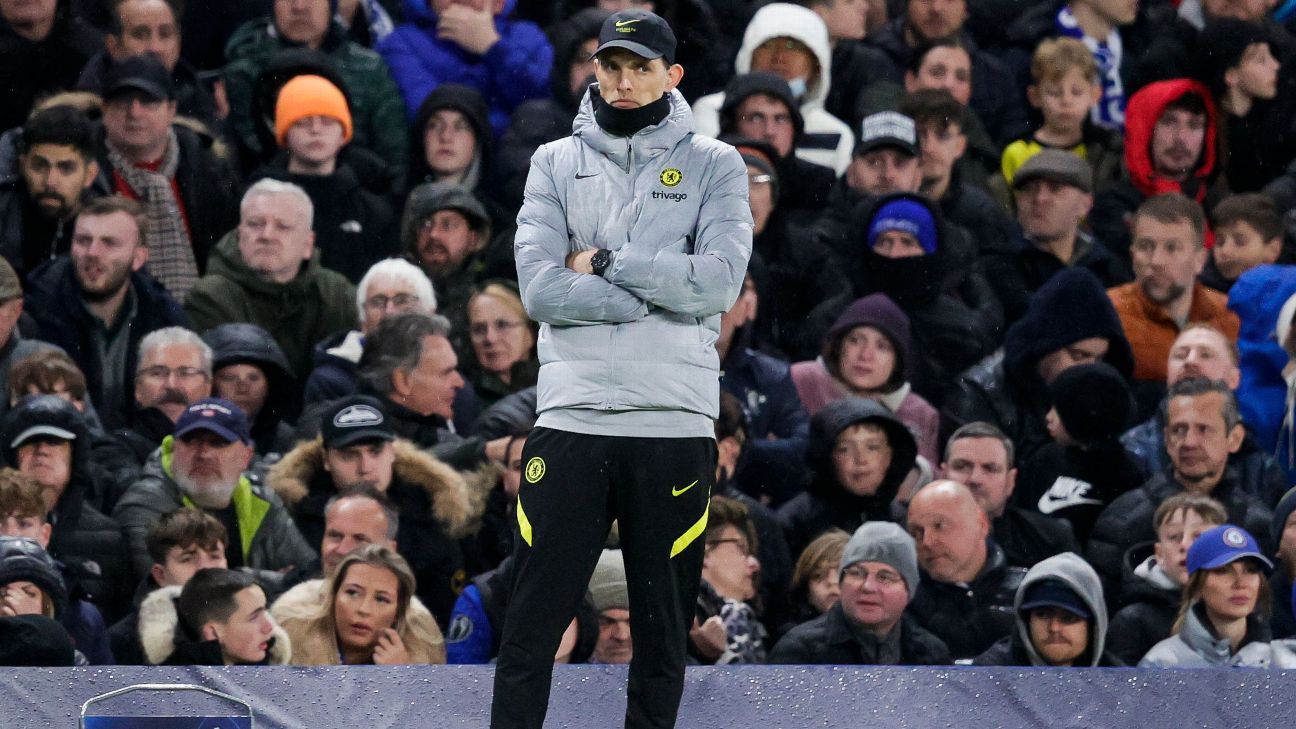 Thomas Tuchel believes it is “almost impossible” for Chelsea to reach the Champions League semifinals but urged his players to dream about pulling off an unlikely comeback.

Real Madrid hold a commanding 3-1 lead from the first leg as Karim Benzema‘s hat trick put Carlo Ancelotti’s side in firm control of their quarterfinal tie.

Chelsea travel to the Spanish capital for Wednesday’s return clash at the Bernabeu Stadium, where Real have won seven of their last nine European ties and start as strong favourites to end Chelsea’s Champions League defence.

Tuchel was downbeat immediately after last week’s first leg, suggesting the tie was no longer alive but following Saturday’s 6-0 thrashing of Southampton, the 48-year-old was only slightly more upbeat about his team’s chances at a Monday morning news conference.

“It is one of the biggest challenges to perform away at the Bernabeu,” he said. “It is even more difficult if you have to earn a certain result, if you need to win with a minimum of two goals or better or maybe a three-goal difference, that makes it almost impossible and very, very difficult but still it is worth trying.

“It’s always allowed to dream and it is sometimes important to imagine things and to dream about it but it will not shift the focus from the fact that we need to deliver and we need to be ready tomorrow.

“We will support our team and we will try hard, it’s worth trying in sports and it’s a game and it’s a beauty of the game that everything is possible always.

“So we will arrive and try everything because it’s worth trying and from there we see and hopefully we have we have a match where belief grows within the match by our actions and hopefully we can fulfil our dream, live up to our dream but realistically, we have to invest a lot and be at our very top level.”

Chelsea will be without Romelu Lukaku due to an Achilles problem and Tuchel suggested Real will have a physical edge given the greater intensity of Premier League football and the Blues’ higher workload — they have played 22 games in 2022 to Real’s 20 and LaLiga rules currently allow five substitutions per game compared with three in the Premier League.

“First of all, we wanted it more physical but we need not work hard or intense enough in the first match,” Tuchel said.

“Second of all, we face a huge disadvantage in terms of physicality because Real Madrid has a whole year with five changes and we play the most demanding league, we play the most matches throughout the season and throughout 2022 so it is not always easy to play a physical game.

“We are a team that needs the physicality, the sharpness, the commitment and the investment to be a special team. We could not implement that enough in the last match. This was also due to their quality, their capacity to slow the game down, to control the match by ball possession.”