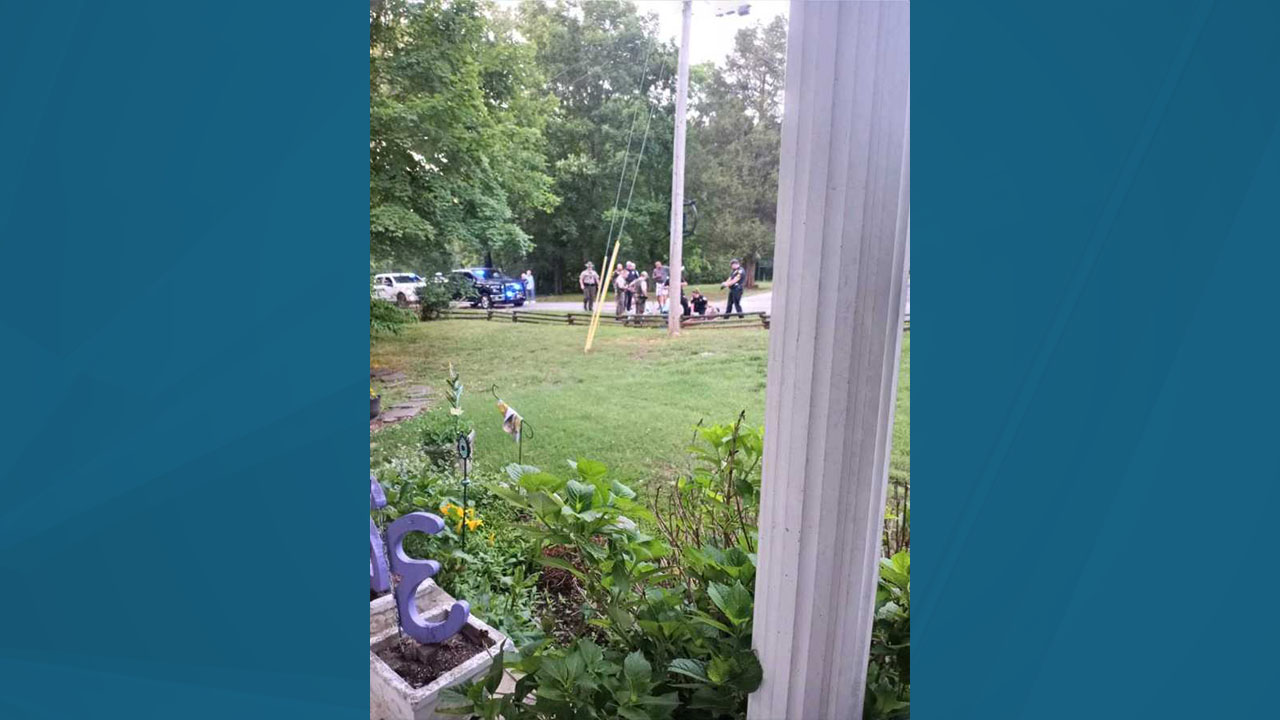 The Cheatham County Sheriff’s Department said Ricky Roach escaped from the hospital in Ashland City while he was being treated.

Around 8 p.m., authorities announced he had been found. The sheriff’s office thanked the community, saying a Cheatham County resident spotted and captured Roach.

A viewer reached out to News 2 saying her husband — Steven Ellis — was the resident who helped capture the inmate. She said he is a reserve police officer for Ashland City.

She sent in the photos below, detailing the tense scene outside their home.

The resident held the inmate at gunpoint until police were able to arrive on the scene.

Roach was reportedly serving time for violating his parole. He will now face additional charges.