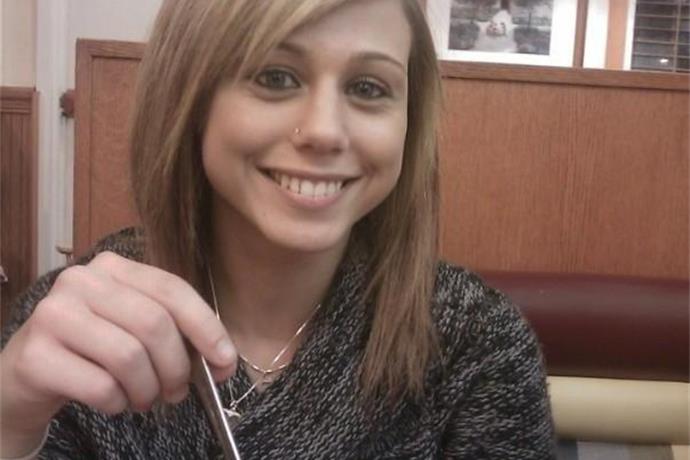 Chad Drexel deleted his Facebook post after news outlets reported this story. He made a second post, with no mention of any arrest, saying “amazing progress” had been made in the case. That post was also deleted.

After 13 years FBI has made some amazing progress. Feeling hopeful and sad at the same time HOPING CLOSURE IS TO COME.

If you pray PLEASE ADD MY FAMILY in your thoughts. Please ask for STRENGTH AND CLOSURE.

BRITTANEE MARIE DREXEL we are all hoping to get closure baby girl.

The FBI has not yet responded to requests for comment.

An arrest has been made in the Brittanee Drexel case, 13 years after the Chili teen disappeared on Spring Break in Myrtle Beach, South Carolina.

Drexel said details would be shared in a press conference within the coming days.

A person of interest in the Brittanee Drexel case was arrested Wednesday, on obstruction of justice charges.

Raymond Moody is a registered sex offender who spent more than 20 years in a California prison. Police searched his South Carolina apartment after Drexel’s disappearance in 2009.

At the time, Moody claimed he was not in the area when Drexel went missing. In 2012, investigators discovered he was issued a traffic ticket in nearby Surfside Beach the day after Drexel’s disappearance.

According to the Georgetown County Sheriff’s Office, Moody was arrested and jailed on obstruction of justice charges on May 4. Investigators have not provided any information confirming Moody’s arrest was in any way related to the Drexel case.

The Georgetown County Sheriff’s Office has denied News 8’s South Carolina affiliate access to an incident report for Moody’s arrest, which is against South Carolina’s public records law. Public information officer Jason Lesley told the station the report is “not approved for release.”

Last week, the FBI said no information could be released due to an ongoing investigation.

Brittanee Drexel was a 17-year-old Gates-Chili High School student on spring break with friends when she went missing on April 25, 2009. She was last seen on hotel surveillance footage, leaving the building on the day she disappeared.

Check back with News 8 WROC as we will continue to update this developing story.