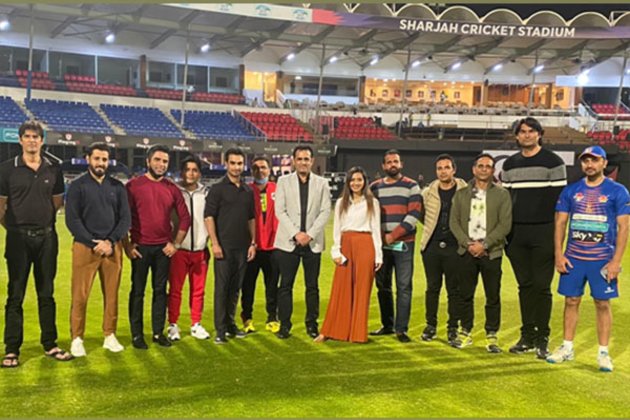 New Delhi [India], April 5 (ANI/ATK): Sport is one genre that unites nations and brings back nostalgic memories. What’s better than an enthralling cricket tournament in a city that has one of the most iconic stadiums boasting an illustrious slice of cricketing history. This year’s Friendship Cup was hosted in UAE at the Sharjah stadium. The name itself evokes memories of some gripping cricket matches that each of us has witnessed at this stadium. There were four teams out of which three were cricketing legends and one team comprised of Bollywood celebrities.

This exciting tournament had Lincia Rosario take charge as a livewire and powerhouse anchor who has been a prominent figure in the industry for more than a decade. Having hosted 1000-plus shows globally she went on to add one more to her repertoire and this time she showcased her dynamic energy and ingenious cricket knowledge.

She garnered appraisal from many of the stars and legends who attended this tournament. Also, her adorable presence, wittiness, and spontaneity caught the eye of many cricketing legends and Bollywood celebrities. She interviewed legends whom we all grew up watching. When she asked Mohammad Azharuddin about how he felt about sharing the pitch with his son Mohammad Asaduddin. The veteran replied. “It is a moment I will never forget, one of the best days of my life” he added.

She further went on to spread her dynamic and electrifying energy in a series of interviews with several other veteran cricketers and Bollywood celebrities such as Jay Bhanushali, Aftab Shivdasani, Sharad Kelkar, Rajesh Chauhan, Ajantha Mendis, Dilshan, Imran Nazir, Mohammad Irfan, and many more.

In the past, she has co-hosted shows with Jay Banushali. The two shared fun and jovial banter during their interview. When she praised him for his multi-talented prowess since the two have worked on several occasions. He quickly replied with Lincia doing a phenomenal job while he was only here to play cricket and is missing anchoring with her. She was the common thread that connected the Bollywood celebrities with their childhood and youthful days of dreaming to be cricketers.

While interviewing Aftab ShivdasaniLincia asked him that Did he had ever dream of becoming a cricketer? He replied “Yes definitely I did every child imitates their favourite cricketer they see on screen and I too wished to be a cricketer I even represented my college team for 3 years” When he was further asked what made him choose acting? He replied ” At some point, you realise what’s your true passion. And acting has always been my first passion.

Throughout the tournament, Lincia went on to share candid and light-hearted conversations with cricketing legends and celebrities. She once again proved how versatile one can be in their craft making her guests and interviewees feel utmost level of comfort while sharing their cricket anecdotes and fascinating stories.

She also had the chance to awestruck the viewers and supporters who had travelled to Sharjah to witness this epic cricket showdown of legends and celebrities. She loves doing what she does best and never leaves a chance to entertain people around her whether it’s anchoring, acting, or interviewing. We believe she will once again be back for the next season of the tournament. Till then only time will let us know about the laurels this elegant and multi-talented woman who is set to achieve so much more in 2022. In the meanwhile, she has already hit her first successful century this year hosting the UAE Friendship Friendship Cup’.

This story is provided by ATK. ANI will not be responsible in any way for the content of this article. (ANI/ATK)