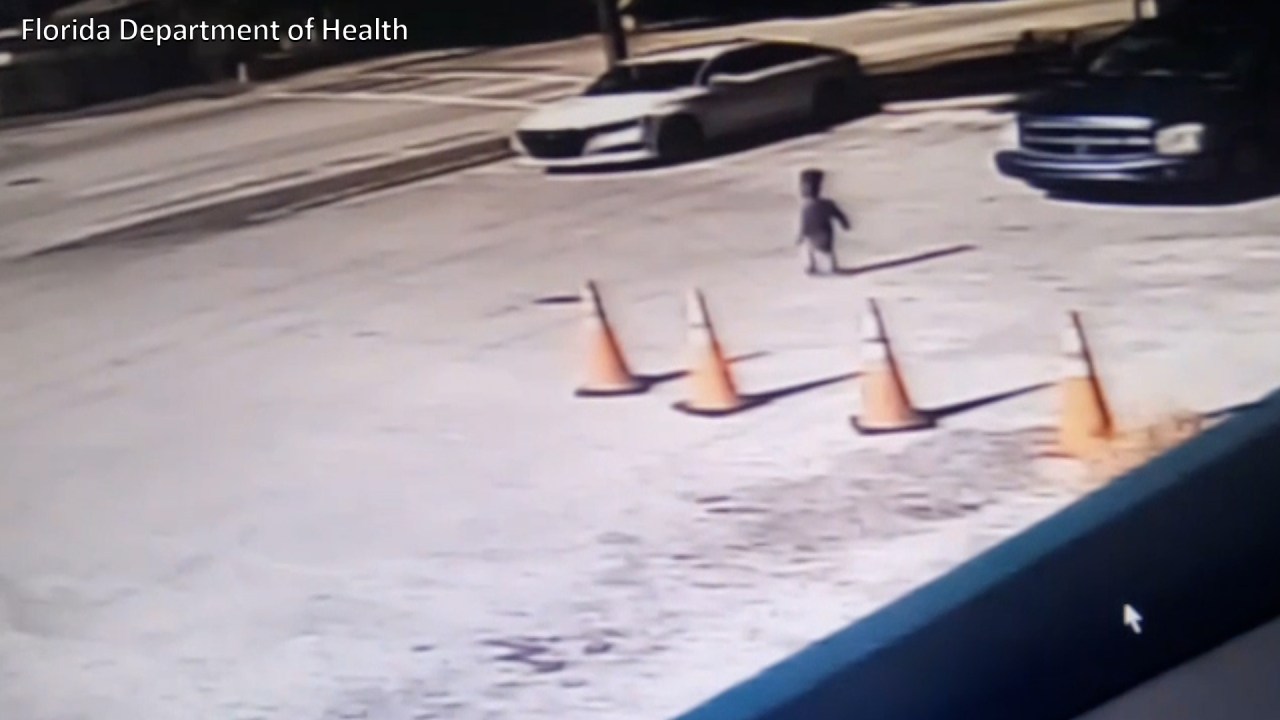 CLEARWATER, Fla. (WFLA) — Chilling video released by the Florida Department of Health shows a toddler walking out of a Clearwater daycare – and straight into three lanes of traffic.

The incident could have ended in tragedy if not for a driver who stopped to help.

So how did this happen at a Tampa Bay area daycare? 8 On Your Side pored over surveillance and body cam video, police reports and state records, and uncovered a troubling pattern at the facility. In just one day of researching the daycare, 8 On Your Side found prior instances where there was a lack of supervision. The state was aware but, even after a toddler made it into traffic, did not take forceful action.

Marissa Addison knows her 2-year-old son Mayson loves to explore. That’s why Addison says she didn’t overreact when staff from the Here We Grow Learning Center in Clearwater allegedly told her Mayson briefly made it outside the daycare.

Two weeks later, however, Addison claims a former employee called her with a different story.

The tipster’s account was backed up by nine surveillance video clips released by the Florida Department of Health. Video shows Mayson in the hallway alone on Nov. 16, 2021. Several minutes later, Mayson exits the daycare, walks down the ramp and straight into three lanes of traffic on Highland Avenue.

Thankfully, drivers passing by spotted Mayson in the road and called 911. A Clearwater police officer quickly responded to the scene and interviewed witnesses.


FDA warns against using some infant formulas after hospitalizations, death

“Two years old. Just wandered out into the street. There were no adults around,” one good Samaritan told the officer.

“I look and I see this baby standing in the middle of the road,” another witness said.

Body camera video released by the Clearwater Police Department shows how the investigation unfolded. School officials told the officer Mayson likely escaped by turning a lock that was within his reach.

“He’s easily tall enough to reach that lock though,” the officer told the school administrator.

Here’s the kicker: Mayson’s teacher watched him walk out of class. It happened during nap time.

In an interview, the teacher told police she didn’t want to leave the other kids, so she radioed her coworker for help. Help didn’t come in time.

“I’m like, ‘come back, Mayson, come back,’” the teacher said in her interview.

“You didn’t see him go outside?” asked the officer. The teacher responded, “no.”

Addison told 8 On Your Side it’s overwhelming to see video of her child walking into traffic.

“My child, poor baby. Two years old, by himself – like where is the supervision?” she said.

So where was the supervision?

In Pinellas County, the Florida Department of Health is ultimately in charge of licensing daycares. 8 On Your Side pulled state inspection records and found, in addition to Mayson’s incident, there were 14 other violations in 2021 which in resulted in a total fine of $160.

Inspection reports show, in one incident, staff “failed to provide direct supervision of children.” So one kid continuously bit another.

In another incident, “an infant crawled out of the classroom” without a staff member’s knowledge.

Records also show, in those two cases, the day care failed to report the incidents to parents, as required.

A spokeswoman for the Department of Health tells 8 On Your Side they consider these violations to be a one-time issue, or minor.

“There were a total of 17 violations, including the ones above, as well as others for minor/one-time violations that did not rise to the level of fines being issued under the Florida Enforcement Plan,” spokeswoman Maggie Hall said. “Our staff visited the center eight times for regular inspections and complaint investigations.”

How did Florida respond?

So what was the state response in Mayson’s case? For a week, they didn’t even know it had happened. The Department of Health says once a former employee tipped them off, the facility was immediately inspected on Nov. 22.

The day care was fined $600 for lack of supervision and failure to report the toddler’s escape. According to inspection reports, the facility was given a full month to “submit a plan ensuring… staff understand their responsibilities regarding supervision.”

Addison says she’s not happy with the state’s response to Mayson’s case. She says it’s not good enough for her child – or anyone else’s.

“They didn’t deal with the issue right away,” she said. “This school was still open, parents were still dropping their kids off, you know, still trusting them.”

Two months after Mayson walked into traffic, the day care shut down. The state says it didn’t close the facility. Instead, it was the decision of the day care’s operator.

8 On Your Side reached out to the day care owner multiple times. We have not heard back.

When we called the day care, a woman who would not identify herself told us the facility is going to open up again under new ownership. We’ll be closely watching to see what happens next.

According to the Department of Health, if a day care is fined, they are required to post a notice on the door for one year. That is one way parents can stay informed.

The Department of Health also released the following information:

“All licensed Children’s Centers and Family Child Care Homes are inspected minimally twice in our monitoring year (October – September.) If there are violations, then they receive re-inspections to ensure that compliance has been met. All allegations of licensing violations also result in a complaint investigation. If the allegations are founded, then a re-inspection occurs.”

It should be noted that there is another Here We Grow Learning Center located in Tampa. According to the latest state records found on the Florida Department of Children and Families website, that facility is not connected to the facility in Clearwater. The Tampa location currently has a different operator.

Do you have a tip about your child’s daycare? Email investigator Mahsa Saeidi at MSaeidi@WFLA.com.