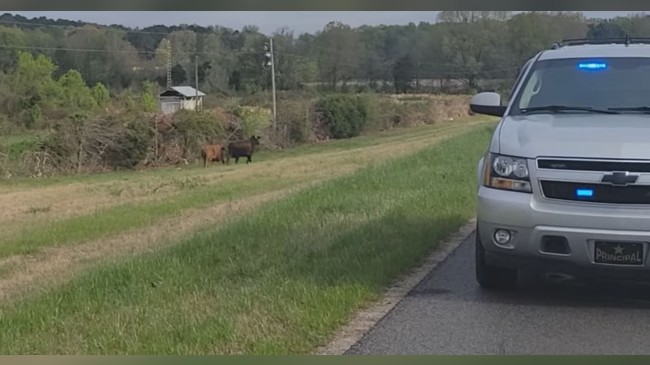 MORGAN COUNTY, Ala. (WHNT) — Several calls were made to the Decatur Police Department and the Morgan County Sheriff’s Office Tuesday morning, but the reason was for something a little unorthodox.

Around 20 cows were roaming near Interstate 65 just south of the Tennessee River Bridge, causing quite a disturbance for drivers. The Morgan County Sheriff’s Office joked that the cows were indeed not part of the bridge inspection process.


Tasty fundraiser to benefit Marshall County Shop with a Cop

Thankfully, it didn’t take long for the owner to be found and contacted.

After nearly all of the cattle were rounded up, two remaining cows tried to make a break for it, running past Decatur Police Officers and Morgan County Sheriff’s Deputies.

Authorities say they were eventually captured at the Tennessee River Bridge and escorted off the interstate.

According to law enforcement, the cattle were cited for multiple “moooving” violations.