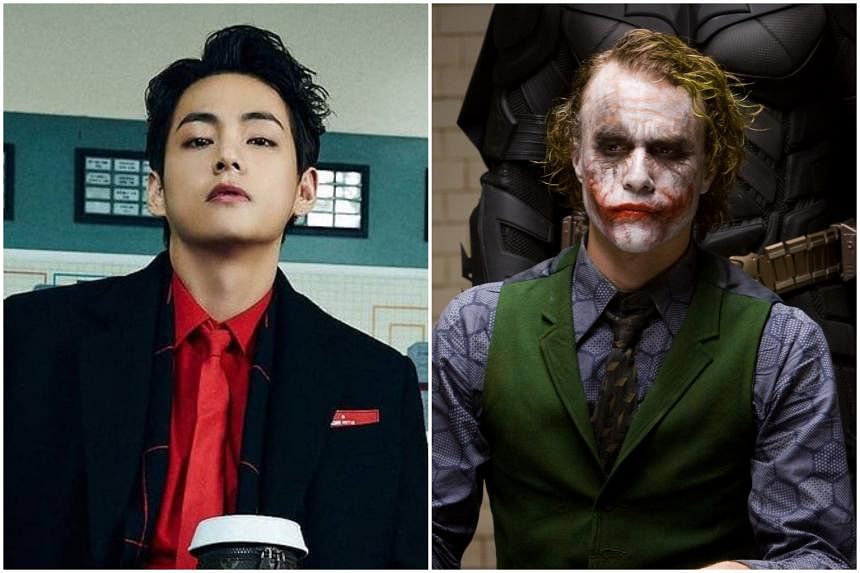 But the 26-year-old, also known as V, has aspirations towards villainy – at least where acting is concerned.

During a hosting gig on Melon Station, which is part of Melon, South Korea’s largest online music service, V revealed that he is a huge fan of late Australian actor Heath Ledger.

Ledger, who died in 2008, had a respectable filmography brimming with critical and commercial hits, including gay romance Brokeback Mountain (2005), historical dramas The Patriot (2000) and A Knight’s Tale (2001), and romantic comedy 10 Things I Hate About You (1999). But his most renowned role was as the Joker in Christopher Nolan’s superhero saga The Dark Knight (2008), which won him a posthumous Oscar for Best Supporting Actor.

In audio clips posted by fans on Twitter, V describes himself as a “huge fan” of Ledger whom he referred to as his “role model”.

According to K-pop news site Allkpop, this is not the first time that V has expressed his admiration for Ledger, or his interest in darker roles. In a 2001 interview, he said: “My favorite character is a noir-like villain. I’m more attracted to the villain roles. The main characters are very attractive, but I think there are some movies where the villains are more attractive, like Heath Ledger in Joker.”

Indeed, in 2014, V even dressed up as the Joker for Halloween with purple suit, garish blood-like lipstick and all.

He has taken only tentative steps into the world of film and television, with a supporting role in South Korean drama Hwarang: The Poet Warrior Youth (2016 to 2017).