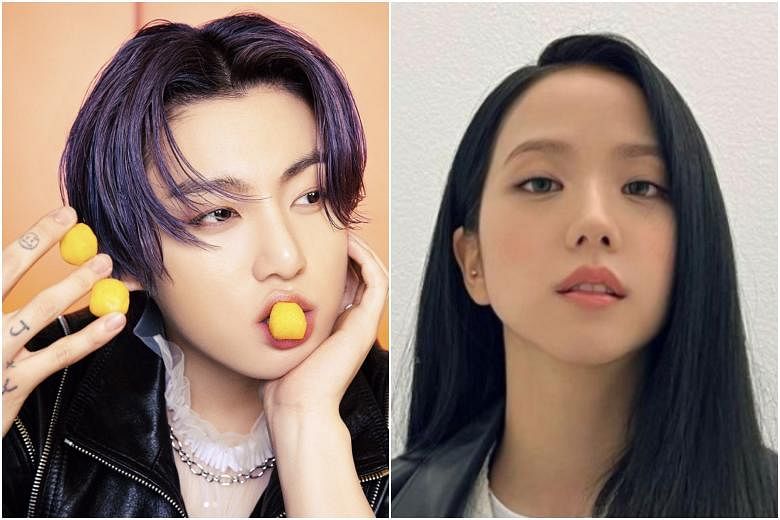 SEOUL – Jungkook from K-pop boy band BTS and Jisoo from girl group Blackpink have been named the most good-looking stars on a South Korean website.

King Choice, which calls itself a professional K-pop and celebrity voting website, has announced its ranking of 100 most handsome men and 100 most beautiful women in the world, although Asian faces dominated the Top 10.

Chinese singer-actor Xiao Zhan, 30, came in fourth, beating Crash Landing On You star Hyun Bin, 39, who was at No. 5, while the only Western face in the Top 10 was American actor Johnny Depp, 58, at No. 9.

For the women, Jisoo, 27, ranked at the top of the list with 1.6 million fans voting for her. In second place was Tzuyu, 22, the youngest and only Taiwanese member in Korean girl group Twice.