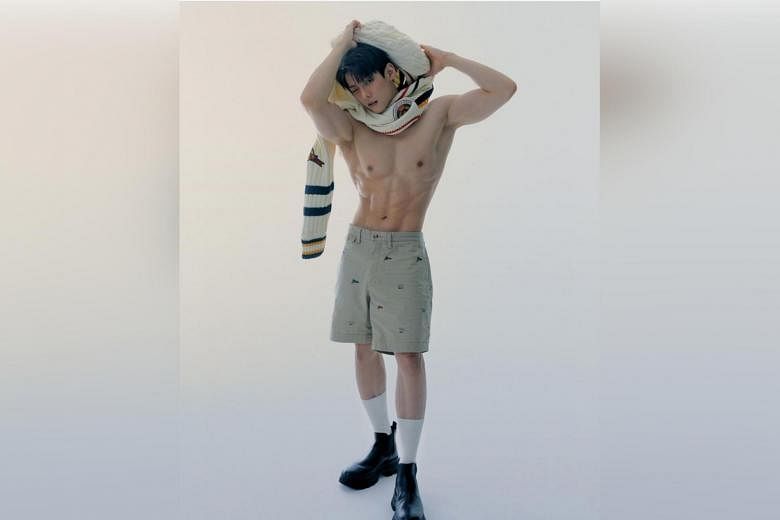 SEOUL – The Instagram account of Minhyuk – a member of K-pop boy band BTOB – has been a thirst trap lately.

Since the beginning of the year, he has been sharing shirtless snaps of his buff body, sending his fans into a frezy .

Also known as Huta, he has uploaded close to 20 photos this month to his grid.

While the 31-year-old has always been fit, he upped his game recently and even appeared on the cover of Men’s Health magazine in Korea last December.

In an interview with the magazine, he revealed not just his abs, but also how he obtained them – by working out twice a day and cutting down on carbohydrates.

In the comments section, fans have swooned over his physique and praisedhim for his diligence at the gym despite the busy schedule of the popular group.

One follower wrote: “Every day, we’re attacked by you, sir. Continue please.”