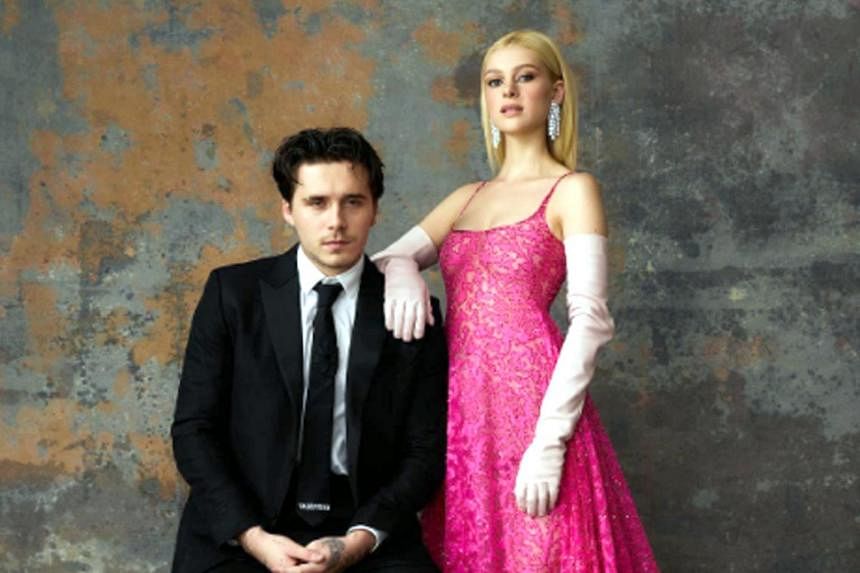 The opulent three-day affair, which began on Friday (April 8) with pre-wedding celebrations, reportedly cost US$3.9 million (S$5.3 million) and eclipsed the US$1 million wedding of the groom’s parents, Victoria and David Beckham, in 1999.

The actual ceremony with about 300 guests was held on Saturday night in huge marquee tents set up on the Palm Beach estate, and guests stayed for a lavish Sunday lunch as well.

Guests were asked not to post on social media as the exclusive photos had been sold to Vogue and will appear in the fashion magazine’s June issue.

Despite the tight security with swarms of guards and even German Shepherd dogs on patrol, some media outlets had attempted to shoot footage of the proceedings using drones.

The bride, who is best known for her role in horror series Bates Motel (2013 to 2017), had previously been reported to be wearing two couture gowns from Italian fashion house Valentino, instead of a creation from her mother-in-law, who runs her eponymous luxury label.

The newlyweds, who first made their relationship public in January 2020, got engaged six months later, but had to push back their wedding almost two years due to the pandemic.