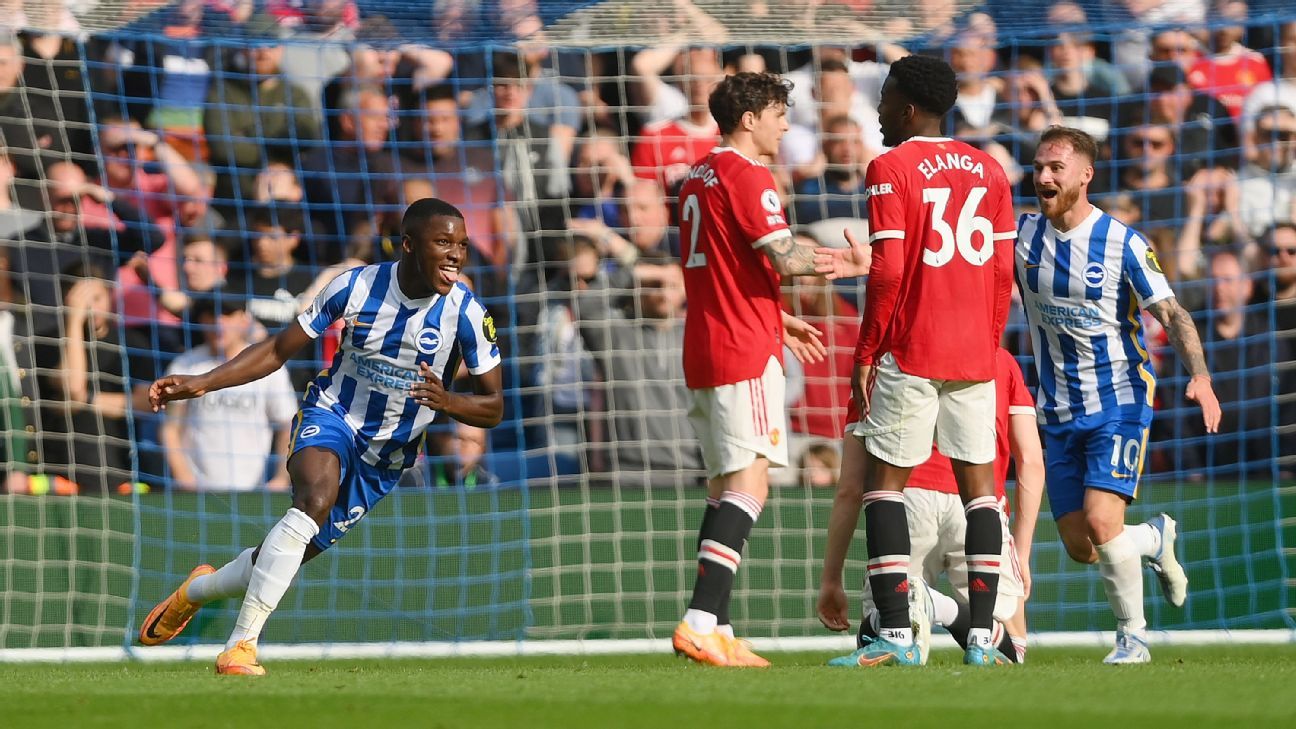 Brighton & Hove Albion thrashed a woeful Manchester United 4-0 at the Amex Stadium on Saturday in their first home victory since Boxing Day.

Ralf Rangnick’s side put up little-to-no fight from the whistle, and went a goal down early when Moises Caicedo opened the scoring for Brighton.

The hosts were unlucky not to go ahead by more before the break but carved up United in the second half with goals from Marc Cucurella, Pascal Gross and Leandro Trossard.

The result puts Brighton ninth in the table as they look to secure their first-ever top-half finish in the Premier League, while United remain sixth.