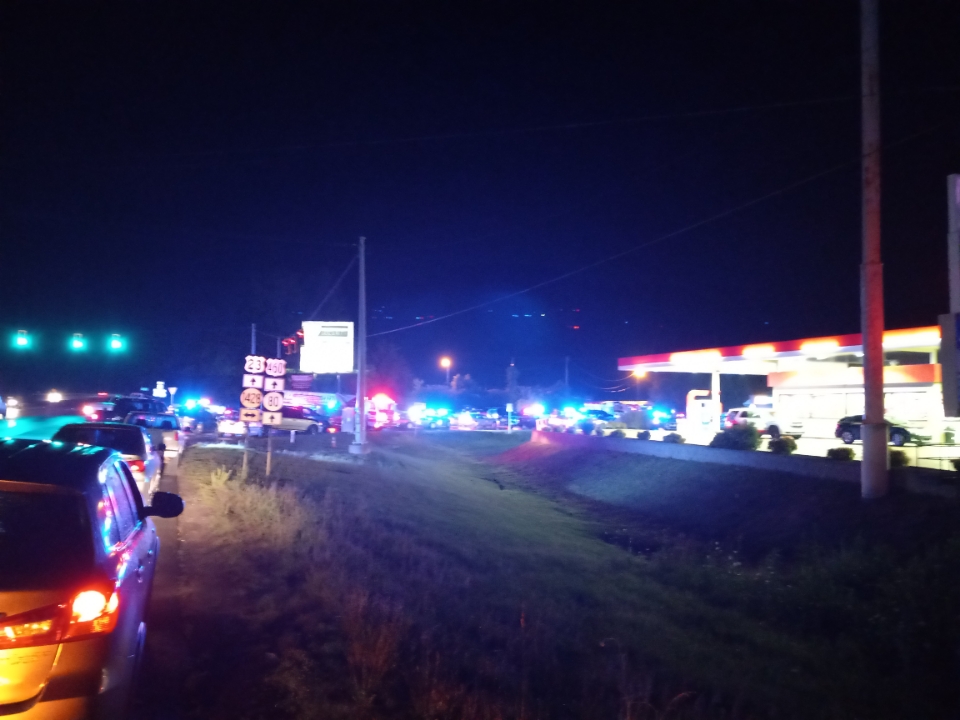 The sheriff says law enforcement was attempting to serve documents when they immediately came under gunfire.

Sheriff Hunt says Floyd County deputies were injured by gunfire in this incident.

Since then, multiple agencies have responded, according to Sheriff Hunt.

Sheriff Hunt tells 13 News that there are multiple victims with injuries. Those victims have been transported to hospitals, the sheriff says.

The sheriff also says law enforcement believes the suspect is still barricaded in his residence.

Law enforcement does not believe anyone else in the community is in danger. They are keeping community members “at bay” during this time.

The Bureau of Alcohol, Tobacco, Firearms and Explosives (ATF) Louisville office also confirmed on Twitter that the London and Ashland ATF branches are on the scene of this shooting.

“@ATFLouisville’s Ashland and London Offices are responding to a shooting scene and armed barricaded person in Floyd County, Kentucky. @kystatepolice is the point of contact and will release more information as it becomes available.”

ALLEN KY, (WOWK) — Police are on the scene of what radio station WMDJ is calling an active shooter situation.

The incident began around 5 p.m. on Main Street in the Floyd County Community of Allen as a domestic dispute.

Kentucky State Police is on the scene. Dispatchers in the area have not been able to confirm any information to 13 News at this time.

State Route 1428 between Citizens Bank of Kentucky and Allen Curve is currently closed at this time.

13 News has a crew headed to the scene and will bring you updates as soon as possible.