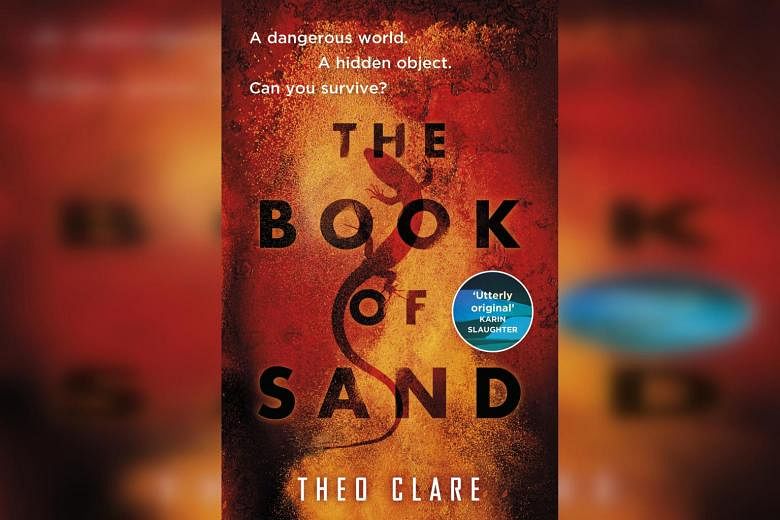 The Book Of Sand

The desert, like space, is a great literary trope. In this new fantasy series, it is both a physical and metaphysical challenge to the hotchpotch family at the centre of the tale.

The Dormilones are not related by blood, but by a strange twist of fate which has brought together a multicultural assortment of people in a desert called the Cirque.

This ragged band, competing against other “families”, is searching for the Sarkpont, a mysterious sacred basin, before the time limit runs out in this desolate landscape with wrecked versions of Earth cities scattered through its reaches.

This premise is a classic fantasy trope – a group of protagonists on a life-changing, death-defying mission impossible.

One-time Parisian guttersnipe Spider, the scout and tinkerer with a dark secret, is the reader’s guide to this new world. Indian matron Amasha and grizzled Elk are the Futatsu, the elders of this ragtag clan.

Even as the reader struggles to sort out the clutter of characters – standouts include Filipino transgender woman Tita Lily, abused teen and team apothecary Forlani and African farmer Madeira – a parallel storyline is introduced.

What reads like an American suburban drama unfolds, involving teenager McKenzie Strathie, a nerdy girl living in Fairfax County, Virginia, who is obsessed with weather patterns and the desert.

It is tempting to comb this story for philosophical and theological subtexts in the light of the author’s illness. But she has said this series was four years in the making.

The diverse ethnicities of the Dormilones give her a chance to create an easy melting pot of cultures and religions.

The prayer they recite, for example, calls upon Hashem, the Hebrew word for God, and ends with an “amen” in the Christian fashion.

The Hindu god Ganesh pops up, as does the mythic Phoenix. Candidates for the Sarkpont include a Hindu temple in a Christian city and a church in a Muslim one.

Fans of Hayder’s grippingly gory Jack Caffery series will find this new work a sharp detour from her usual gritty fare, although her ability to create dread is still well in evidence.

Instead of the hunt for a serial killer that keeps one turning the pages, it is the lure of finding out what the Cirque is about and how this family, forged through necessity and governed by the rules of an unknown game, can keep its essential beliefs alive.

While there are a couple of clunky exposition scenes, the narrative flows along smoothly enough, aided by Dunkel’s often vividly visual turns of phrase. This helps immensely in the world-building and drawing the reader into what is essentially an extended prologue to the actual story.

Clare has completed one more book in the series, so it remains to be seen whether there is a pay-off to this tale.

If you like this, read: Yangsze Choo’s The Ghost Bride (William Morrow & Co, 2014, $18.90, buy here, borrow here), a more compact supernatural chiller about an 18-year-old girl in colonial Malaya who becomes a ghost bride and travels through a Chinese hell.