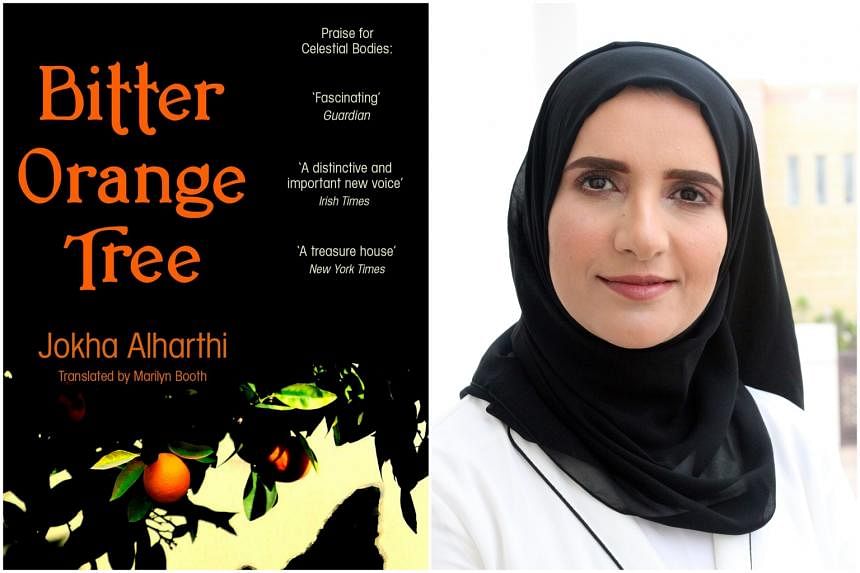 By Jokha Alharthi, translated by Marilyn Booth
Fiction/Scribner/Hardcover/224 pages/$29.95/Buy here
3 out of 5

“My grandmother would’ve given anything to be a peasant farmer.”

This intriguing remark comes near the beginning of Bitter Orange Tree, the English translation of a 2016 Arabic novel by Omani author Jokha Alharthi.

Its narrator is Zuhour, a young woman from Oman who is studying at a British university. She contemplates her roots and the lives of the people around her.

The book’s central figure is her “grandmother” Bint Aamir, a poor, unmarried woman in Oman who is blind in one eye.

She lives with a male relative and raises his son against a backdrop of change as the Gulf state modernises rapidly and becomes more wealthy. While she longs to have her own orchard, this dream does not come to fruition.

Bitter Orange Tree does not follow a linear chronology, nor is this solely Bint Aamir’s story. It is a tale with many offshoots.

Readers will learn about Zuhour’s “dynamo” sister Sumayya, who is caught in an abusive marriage; and Kuhl, sister of Zuhour’s privileged Pakistani friend Suroor, who is in love with a poor medical student.

Then there are the figures in Bint Aamir’s orbit – Mansour, whom she helps raise; and the boy’s mother, Athurayyaa.

Alharthi shot to prominence in 2019, after she became the first Arab-language author to win the Man Booker International Prize for Celestial Bodies – a family saga that was first published in 2010.

Bitter Orange Tree, her latest novel translated into English, is a sensitively written piece of work, but not a particularly engaging one.

The disparate threads do not quite come together, and the story’s most compelling offshoots – such as the story of Sumayya or the trials and tribulations of Bint Aamir’s life at her relative’s home – are not given enough space to develop. They are left to wither on the stem.

There may be something structurally apt about all this, a reflection of Bint Aamir and her thwarted dreams, but many readers will find the narrative a bit too dry, its pace a bit too sedate, for this and the novel’s other themes to resound as powerfully as they might otherwise have.

If you like this, read: Celestial Bodies (Sandstone Press, 2018, $18.95, buy here, borrow here) by Alharthi, translated by Booth, about the lives of three sisters in Oman.