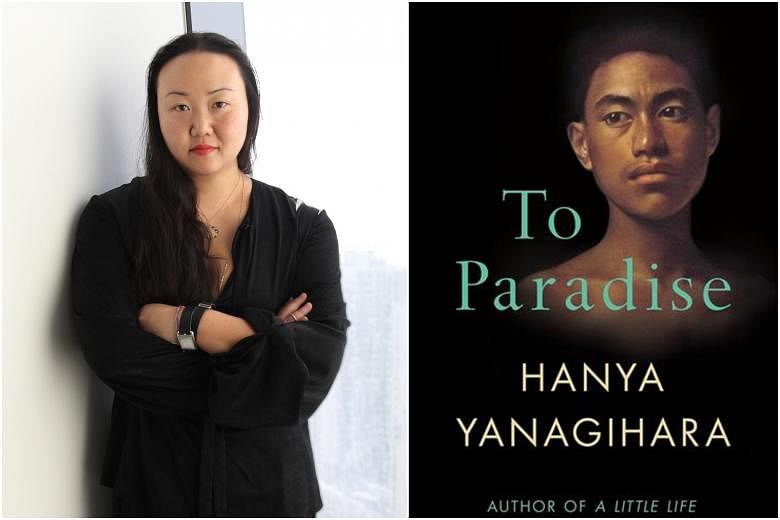 At the 2016 Singapore Writers Festival, American author Hanya Yanagihara told a packed Arts House Chamber that the one upside of Mr Donald Trump’s election as United States president would be the flourishing of art.

“Dictatorships have given us some of the greatest pieces of contemporary art that have endured as documents of their time,” she said then.

Five years of turmoil and a global pandemic later, the time has come to reap the fruit of that flourishing.

And Yanagihara soundly delivers in her third novel, an enormously complex epic that rewrites history, envisions the future and considers from several angles the paradise of the American Dream – how one gets there, who gets in and who gets left outside.

It also contains, with the kind of unsettling prescience that many contemporary authors are probably now weary of disavowing, several pandemics.

Yanagihara’s work often possesses a sprawling 19th-century sensibility. Her second novel, A Little Life (2015, available here) – despite being more than 700 pages of relentlessly graphic suffering – conquered bestseller charts, got onto the Man Booker Prize shortlist and made her a literary darling.

To Paradise, though marginally shorter, operates on an even grander scale. Its three sections orbit around a New York townhouse in 1893, 1993 and 2093.

In 1893, in an alternate New York where same-sex marriage is commonplace, David, scion of a wealthy family, must choose between an arranged marriage with an older suitor, Charles, and eloping westwards with his young lover Edward, who may or may not be a con artist.

In 1993, during an unnamed pandemic that recalls the Aids crisis, David, a young paralegal, and his much older lawyer boyfriend Charles host a dinner party for a dying friend. David is estranged from his troubled father – also called David – who is the dispossessed king of Hawaii, left throneless after the islands were annexed to the US.

In 2093, a series of pandemics and the climate crisis have left America a dystopia. Charlie, granddaughter of the scientist behind the state’s original pandemic response, is offered the possibility of a better life outside the bleak Zone Eight, but at great risk.

Despite being set centuries apart, all three sections are connected by recurring tropes and themes – colonial trauma; personal illness and public outbreaks of disease; relationships with large age gaps; devoted if overbearing grandparents; and, of course, the repetition of names.

There is a metafictional quality to the shuffling of the cast across different eras. One is put in mind of a line in the Bob Dylan song Desolation Row: “I had to rearrange their faces and give them all another name.”

History in this novel is not a teleological journey towards utopia, but a recursive trap. And yet, in the differences of each incarnation lie the stubborn possibility of change.

There is much to admire in the way that Yanagihara subtly shifts her language to suit each time period, moving adroitly from the mannered language of the fin- de-siecle novel to numbing Orwellian horror.