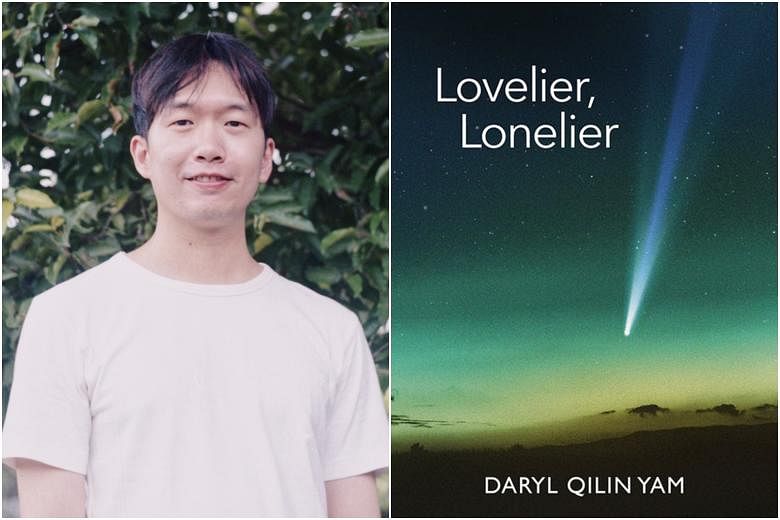 In March 1996, Comet Hyakutake passes Earth, the brightest comet to fly so close to the planet in more than 200 years.

This cosmic phenomenon coincides with the meeting of four young friends in Kyoto.

Jing is travelling with her Spanish friend Mateo to re-create a seminal video work by her mother, a famous artist. Their Japanese friend Tori, who is working at a ryokan, introduces them to Isaac, a runaway who, like Jing, is from Singapore.

Strange things occur as reality frays around the passing of the comet. The dead reappear; the living go missing. A funicular is staffed by fish. People run en masse into the river. Tori gets into a taxi and is never seen again.

It is almost a knee-jerk reaction to describe as “Haruki Murakami-esque” any surreal, melancholic tale set in Japan, but the novels of Singaporean author Daryl Qilin Yam have an especially strong affinity with the Japanese writer’s oeuvre.

Yam made his debut in 2016 with the dream-like Kappa Quartet (available here).

His ambitious sophomore novel does indeed open in Japan and its early chapters employ a number of Murakami tropes, from vanishing women to the presence of other worlds. The 1995 Kobe earthquake features, as does a talking macaque, reminiscent of Murakami’s short story Confessions Of A Shinagawa Monkey.

But it is when the novel departs from the Murakami mould and spins outwards on a genre-defying trajectory that it becomes truly beguiling.

The narrative moves from Japan to Singapore, New York City to Barcelona. It skips back and forth in time, from that fateful weekend in 1996 to the distant future.

Its non-linear style is often disorienting. It can be hard to keep track of what time and place the narrative is in, which fuels a constant sense of being unmoored.

Yam shows himself to be adept at playing multiple genres off one another. Isaac’s story begins as social realist bildungsroman, as he and his girlfriend plot to escape his family’s squalid Chinatown flat, but slips into the realm of surrealism after she abandons him in Malaysia. Years later, they confront each other as rising Mediacorp celebrities.

Then there is Jing’s science-fiction novel, The Horvallan, about an immortal character who exists across millennia, from a space station dubbed the RSS Ubin in 7085 AD to a post-apocalyptic Singapore more than 60,000 years in the future, as Comet Hyakutake finally makes it way back towards Earth.

Nothing really lands in this dream-like novel of disappearances and disconnection, neither meaning nor resolution. You watch something blaze across the firmament and vanish – so close, yet still unknowable.

If you like this, read: Braised Pork by An Yu (Harvill Secker, 2020, $18.95, available here). A young woman in Beijing finds her husband dead in their bathtub and embarks on a mysterious quest involving a fish-man figure he sketched from a dream.