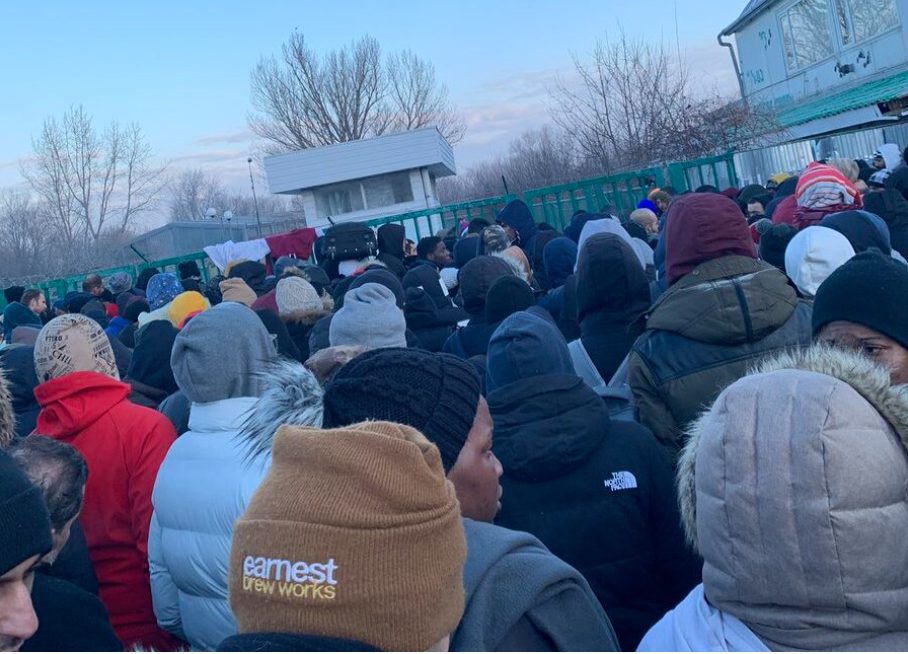 (WHNT) – African students have been trying to flee Ukraine and head to the border since the Russian invasion began. But once the students reached the border, they have been subjected to racist abuse.

Thousands of students are trapped in the war-torn cities, while held back at gunpoint and unable to board transportation to get out safely.

“The struggles of trying to flee a war when you are black is even more complicated than it should be,” Korrine Sky told News 19.

Sky was studying medicine in Kyiv at the start of the invasion and tried to get out. She told news 19 that border officials held her and other Black students from crossing the border. While white refugees have been welcomed with open arms, Black residents of Ukraine have reported being abandoned as they seek a passage out.

“Seemed at every instance like your life isn’t prioritized. Everybody else’s life was always more important than yours,” Sky said.

Unable to secure transportation, Sky says she walked for days in the freezing cold with groups to the Romanian border. She is now turning her experience into action and helping her remaining classmates, who are still being held in underground bunkers in Ukraine.

Sky co-created Black Women for Black Lives, a platform that aids the remaining African students who are dealing with racist mistreatment in their attempts to flee to a safe land.

Black Women for Black Lives has raised over $250,000 from donors around the globe to support the Black refugees in just three weeks.