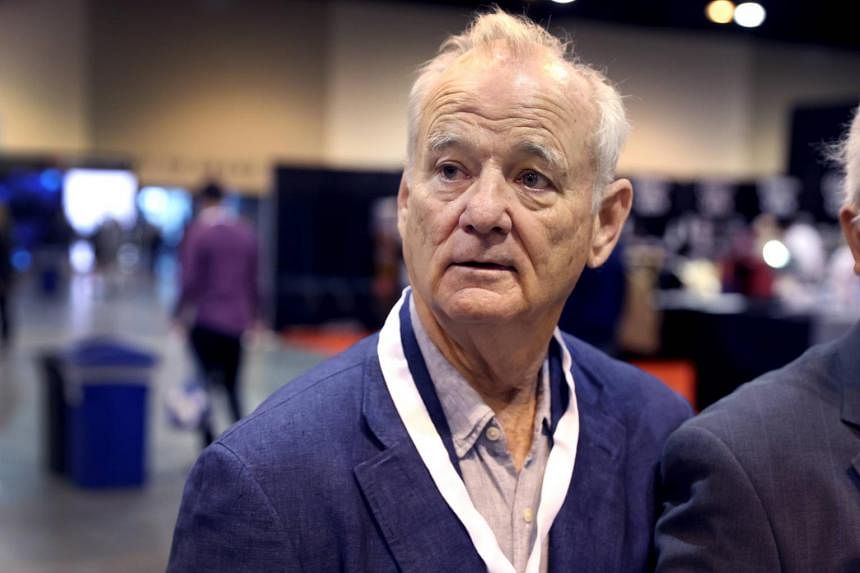 NEW YORK (NY TIMES) – Actor Bill Murray said that a movie in which he was set to star was suspended because an attempt at humor had been taken amiss by a female co-star, addressing publicly for the first time an episode that has gotten widespread attention.

“I did something I thought was funny, and it wasn’t taken that way,” Murray said in an interview on Saturday (April 30) with CNBC’s Becky Quick during coverage of Berkshire Hathaway’s annual shareholders’ meeting.

Murray, who is 71, labelled the episode a “difference of opinion” and did not apologise. While limiting his discussion of what happened to generalities and without going into detail, he spoke contritely about unwittingly “insensitive” behaviour.

“I’ve been doing not much else but thinking about it for the last week or two,” he said. “The world’s different than it was when I was a little kid. What I always thought was funny as a little kid isn’t necessarily the same as what’s funny now.”

The movie, Being Mortal, based on a 2014 book of the same title by writer and surgeon Atul Gawande, is being made by Searchlight Pictures, which Murray said is conducting an investigation into the episode.

Murray was the movie’s intended lead and it was also to star Aziz Ansari, who had been directing it and who wrote the script. Seth Rogen and Keke Palmer had also been cast in the film.

The episode involving Murray happened April 15. Production was halted that day, someone working on the movie told The New York Times on the condition of anonymity, because details of the matter were being kept confidential.

Murray did not name the female colleague who had objected to his behaviour, but he said the two of them were in touch and that he felt optimistic about resolving the issue.

“We like each other’s work and we like each other, I think,” he said. “What would make me the happiest would be to put my boots on and for both of us to go back into work.”

Searchlight sent the cast and crew a letter, a copy of which was obtained by The New York Times, that attributed the suspension of filming to a complaint but did not identify its nature or who made it. The person working on the movie said the cause was an allegation of “inappropriate behaviour”.

Murray is known for playing gruff but lovable characters in blockbuster comedies like Caddyshack (1980) and Ghostbusters (1984), and he is a member of a troupe of actors associated with director Wes Anderson, having been the lead in Anderson’s 2004 film, The Life Aquatic With Steve Zissou.

The suspension of the filming of Being Mortal has brought attention to past criticisms of Murray’s on-set behaviour.

Actress Lucy Liu has described Murray insulting her during the filming of Charlie’s Angels (2000), and actor Richard Dreyfuss has said Murray threw an ashtray at him when they worked on What About Bob? (1991).

In a 2014 interview with Rolling Stone, Anderson said Murray developed strong chemistry with a range of fellow actors.

In the CNBC interview, Murray said: “If we can’t really get along and trust each other, there’s no point in going further working together.”

But he added: “I think that’s a sad puppy that can’t learn anymore. I don’t want to be that sad dog, and I have no intention of it.”