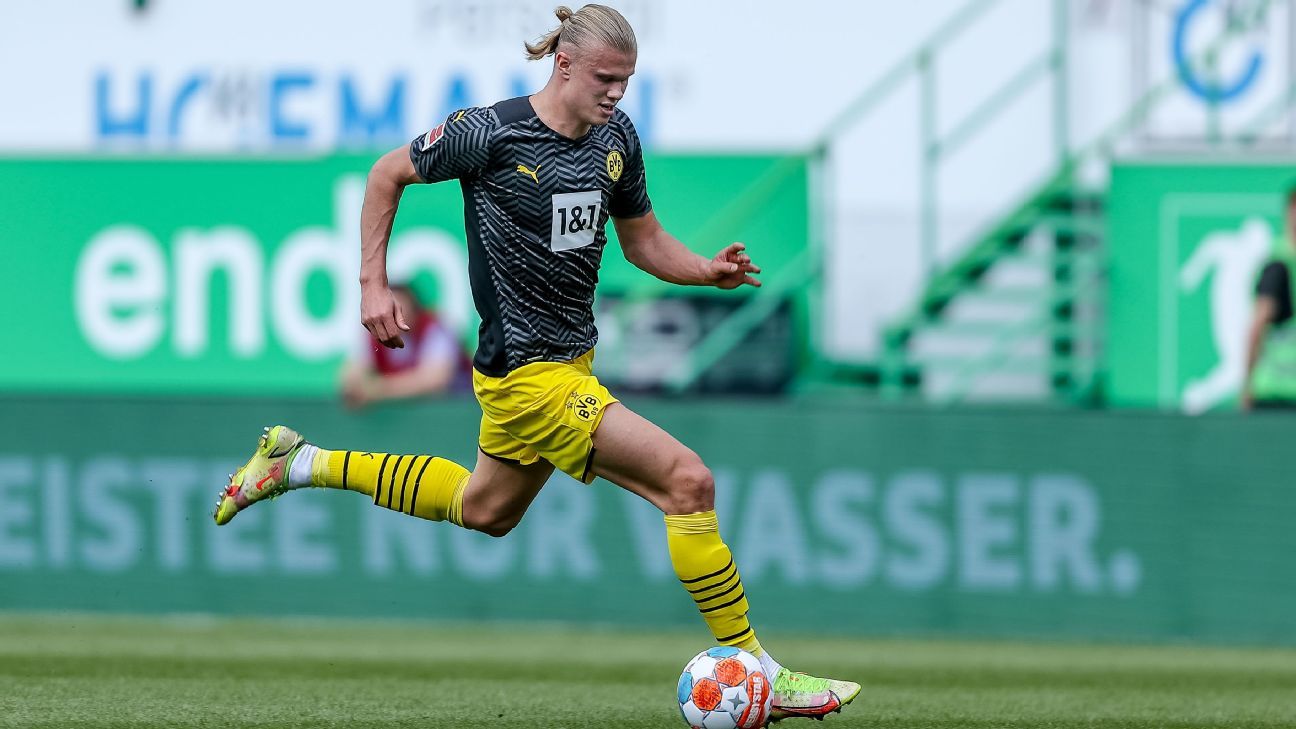 Xavi Hernandez has said Barcelona‘s financial situation ruled them out of the running for Erling Haaland, with sources telling ESPN that Manchester City hope to announce the signing of the Borussia Dortmund striker later this week.

ESPN have reported on Barca’s interest in Haaland throughout the past year, with Xavi refusing to deny a meeting took place with the Norway international in Munich as recently as March.

However, with a transfer fee of around €75 million and wages to cover, Barca, who are operating under financial restrictions imposed by LaLiga, were unable to compete with City.

“It is very difficult because of the economic situation,” Barca coach Xavi said in a news conference on Monday when asked about missing out on Haaland. “I can’t lie to you, that is the reality.

“I wouldn’t say [it is only down to money]. I am not going to disrespect other clubs’ sporting projects. We are not the only club with a good project. City have won a lot of titles and compete at the top level.

“But if what you say happens [and Barca don’t sign Haaland], it would have been because of financial issues.”

Asked if he could now confirm his meeting with Haaland in Munich, Xavi, laughing, added: “I have been to Munich several times.”

Sources have told ESPN Barca also have an interest in Bayern Munich‘s Robert Lewandowski as they look to improve in attack, although the club’s financial plight also makes that deal complicated, even with the Polish striker out of contract in 2023.

“It is important to strengthen every year, win or lose,” Xavi said when asked if it was essential to sign a top striker this summer with Haaland moving to City and Real Madrid pursuing Kylian Mbappe.

“Barca have to strengthen every season, but even more so if we lose. But the financial situation is what we have. Players have to leave for signings to come in, so it is complicated.

“It is one of most difficult situations in club’s history, but we have to strengthen to be competitive. We will assess among everyone here at the club what we can do and go from there.”

Barca’s spending limit has been reduced to minus-€144m by LaLiga — it is the only negative cap in the league — and they can only spend 25% of any savings on wages or transfer fees until they are operating within their limit.

That made qualifying for next season’s Champions League essential on a financial level, which Barca secured on Saturday with a win over Real Betis.

Xavi said they now have their sights set on finishing second, which would bring another cash boost via participation in the Spanish Supercopa in Saudi Arabia, but they are missing key players for Tuesday’s game against Celta Vigo at Camp Nou.

Sergio Busquets is suspended, while Pedri, Nico Gonzalez, Sergi Roberto, Sergino Dest and Gerard Pique are all out with injuries.