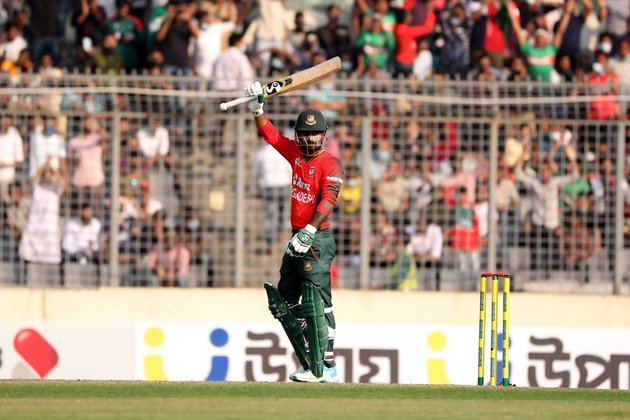 South Africa haven’t allowed Bangladesh even a whiff of a chance in 20 years of cricket at home. But as Tamim Iqbal said before leaving Dhaka, and Russell Domingo two days before the first ODI in Centurion, they are here with more than just hope.

Bangladesh will always take inspiration from the miracle of Mount Maunganui and though it was a Test win, they will try to condense that calm and confidence and push harder than ever before in order to secure their first ODI win in South Africa.

The home side will take heart from their series win against India in January, which followed an indifferent period for them in the 50-over format. Last year, South Africa lost to Pakistan at home, drew an away series in Ireland and then lost to Sri Lanka.

The hosts will be at full strength. Many of their first-choice picks are part of IPL squads and even though the tournament starts on March 26, they will only depart once this series is over. South Africa, who have only won three matches out of 10 in the ODI Super League, will need all the talent they have at their disposal to make the climb up the table.

Bangladesh are at full strength too after a jaded Shakib Al Hasan was convinced to make the trip. It allows Tamim to stick to a tried-and-tested combination with five frontline bowlers. Mehidy Hasan Miraz and Afif Hossain will add depth to the batting line-up at Nos. 7 and 8, something Bangladesh have often wanted when touring bowler-friendly places like South Africa.

Litton Das and Mushfiqur Rahim’s rich vein of recent form adds to the sense of Bangladesh optimism. The fast bowlers too are exciting, particularly Taskin Ahmed, who has started to bowl well in the middle overs, and Shoriful Islam, who is back in the country where he powered Bangladesh to their maiden Under-19 World Cup title two years ago.

Having had very little experience against left-arm unorthodox bowlers in general, Bangladesh will find Tabraiz Shamsi quite the handful. The 32-year-old’s last international outing was against India in January, but he has been excellent in the domestic circuit since then (17 wickets) and will be upbeat about the challenge ahead.

Outside the four highly experienced cricketers in the visitors’ ranks, South Africa will be wary of the Litton Das factor. He got important runs in Bangladesh’s last three assignments against Pakistan, New Zealand and Afghanistan, effortlessly tailoring his game to suit all three formats. The 27-year-old will be facing another test of his temperament over the next several days but he certainly looks up for it.

Sisanda Magala misses this series due to injury. Kagiso Rabada will take his place with South Africa having full access to their best XI.

Unless they want to play a batter light, Bangladesh will go into the first game with the same XI that played the third ODI against Afghanistan on February 28.

Going by the last six completed ODIs at SuperSport Park, batting first isn’t a very popular decision. Four of those teams have lost the game after choosing to put runs on the board. Weather forecast is mostly dry.