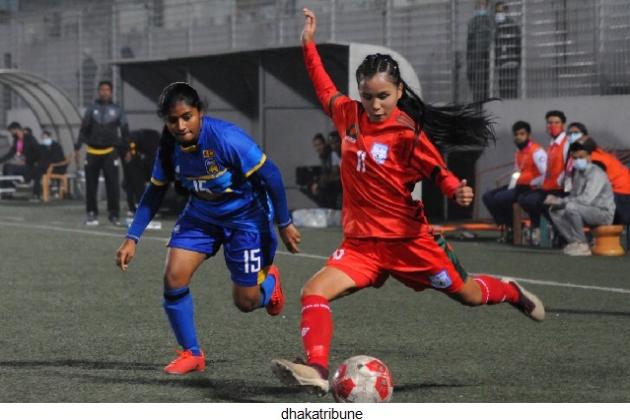 The final between the two teams will be played at 6 p.m. on Wednesday, December 22, at the same site.

After blanking Bhutan 6-0, it was Bangladesh’s most significant margin of victory in the ongoing championship.

In the one-sided match, Shaheda Akter Ripa and Afeida Khandaker scored three goals each, with Ritu Porna Chakma assisting them with two goals. In contrast, Swapna Rani, Anuching Mogini, Unooti Khatun, and Akhi Khatun each scored one goal for Bangladesh.

Bangladesh rose to the top of the rankings with ten points from four matches, while all-losers Sri Lanka has yet to register a point from the same number of games.

The triumphant team can rightly call it an Independence Day Gift to the nation.