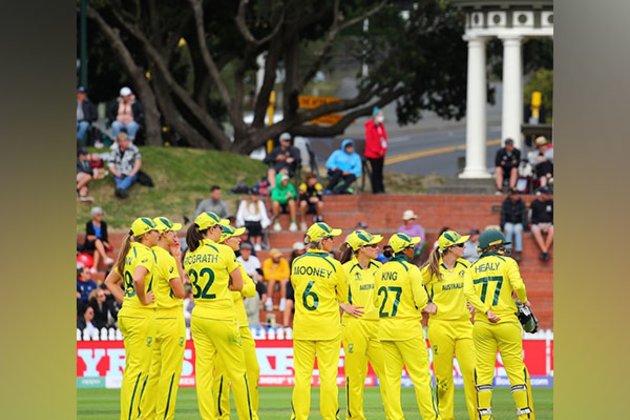 Auckland [New Zealand], March 17 (ANI): Australia all-rounder Tahlia McGrath insisted that her side will be working hard to give them a chance to beat India in the ongoing ICC Women’s ODI World Cup at Eden Park on Saturday.

McGrath has stepped up her game in this tournament as a prime all-rounder in the Australian team. Australia stands on top of the points table with four wins in as many matches. On the other hand, India has two losses and two wins, as they currently stand on the third spot in the tournament.

“We’ve had a fair bit of success against them in the recent India series but [it’s a] new location, new tournament, so anything can happen. They’re a world-class side, so we do our homework on them, be at training tomorrow, and then give us a chance to beat them on Saturday,” McGrath was quoted as quoted by cricket.com.au.

“That was a long time ago, that [2017 semi-final] game, one that probably was spoken about more immediately after that. It was something that we sort of really looked [at] and reshaped our values and how we approached sort of how we play our brand of cricket. But over recent times, it’s sort of not been something we’ve spoken about too much,” she added.

The all-rounder believes after facing defeat by England, India will surely try to bounce back and Jhulan Goswami will put the Australian batting line-up under pressure.

“We sort of expect every team to come pretty hard at us. It’s a pretty aggressive type of cricket teams play against us and that’s why we like it’ so, we’re expecting a big challenge. We’re expecting some hard-hitting and, of course, Jhulan Goswami with the ball. So, we’re expecting a really good game,” said all-rounder. (ANI)