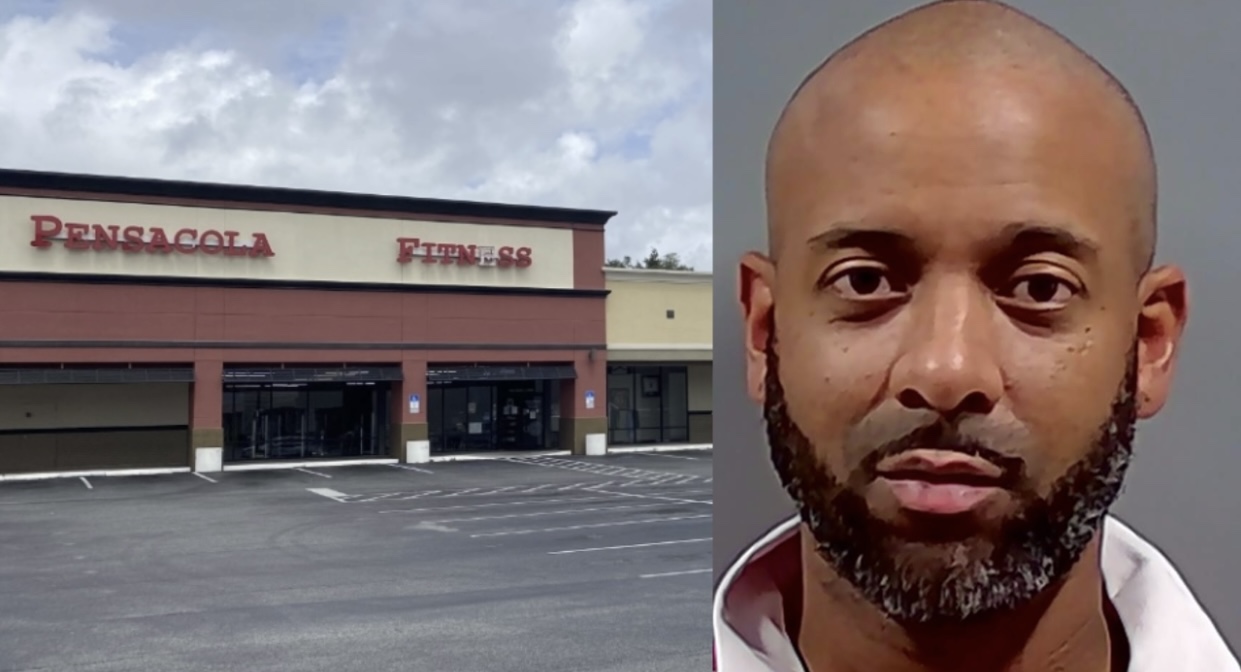 PENSACOLA, Fla. (WKRG) — The man accused of fatally shooting his ex-girlfriend while she worked out at a Pensacola gym Tuesday morning had a history of domestic violence, his attorney said Wednesday.

David Sellers represents Kennon Farrow, who is charged with first-degree murder in the death of Carla Williams.

Pensacola Police say Farrow walked into the Pensacola Fitness at about 4:30 a.m. Tuesday and fatally shot Williams. Police said she was shot multiple times while inside the gym.

“There were several people inside the gym working out,” said Mike Wood, public information officer with the Pensacola Police Department, on Tuesday. “We’re very very fortunate with the amount of shots that were fired that nobody else was hurt.”

Sellers told WKRG News 5 that he hasn’t talked to Farrow since he was arrested without incident Tuesday night. But he said Farrow had been struggling over Williams ending their relationship.

“I never thought that something like this was possible. He professed his deep love for her. I think perhaps he couldn’t accept that in her mind the relationship was over,” Sellers said. “He really cared for her. They had talked about marriage. They were actually engaged, I believe, until the incident that I represent him on occurred.”

Farrow was arrested in February on charges including domestic violence by strangulation and burglary. Williams was the victim in the case, Sellers said.

“She considered the relationship over,” Sellers said.

Williams had an active restraining order against Farrow, Sellers said. Farrow had been keeping his distance, according to Sellers, and even apologized once when he accidentally ran into Williams.

Sellers said despite Farrow’s attitude regarding the breakup, there were no signs Farrow was planning to murder Williams.

“In my conversations with him, I never got an indication that he was becoming unraveled,” he said. “I told him sit tight, and I would talk to him again Tuesday evening … that’s where things were left.”

Williams was employed by Pensacola State College for more than two decades. She worked in athletics and mathematics, PSC President Ed Meadows wrote Tuesday in an email to employees.

“We are very saddened to hear of the death of our PSC family member and colleague, Carla Williams,” the email says. “Carla was a beloved PSC employee for over 24 years working in Athletics, Collegiate High, and the Mathematics and Computer Science Department, where she had a positive impact on the lives of many PSC students and employees.”

Police said Williams was working out Tuesday when Pensacola Fitness erupted in gunfire before the sun came up. First responders tried to save her life, but it was too late, according to police.

Aletha Cassity, Williams’ best friend for more than 20 years, denied Sellers’ claim that Farrow and Williams had been engaged. Cassity said Williams told her Farrow had been physically abusive. Cassity said she first met Farrow while visiting Williams in Pensacola.

“He didn’t want her to leave him,” she said. “He always seemed emotional and possessive … he would get upset she had so many jobs because he thought she didn’t want to spend any time with him. He’d want her to quit her jobs.”

Cassity and Williams played basketball together at Florida State University. Cassity describes Williams as a kind person who would listen and offer advice to friends as they went through good and hard times.

Cassity said she is now left grieving after hearing her best friend was murdered.

Farrow’s bond was revoked on the prior domestic violence charges Wednesday morning. Court records show within the last 10 years, he has been arrested multiple times on charges including violating a restraining order, aggravated stalking and aggravated assault.

Farrow is being held in the Escambia County jail without bond.

“I can only suppose what was in his mind, but I never saw anything that would lead me to believe he was capable of this,” Sellers said. “That’s what is so unnerving about the whole incident.”