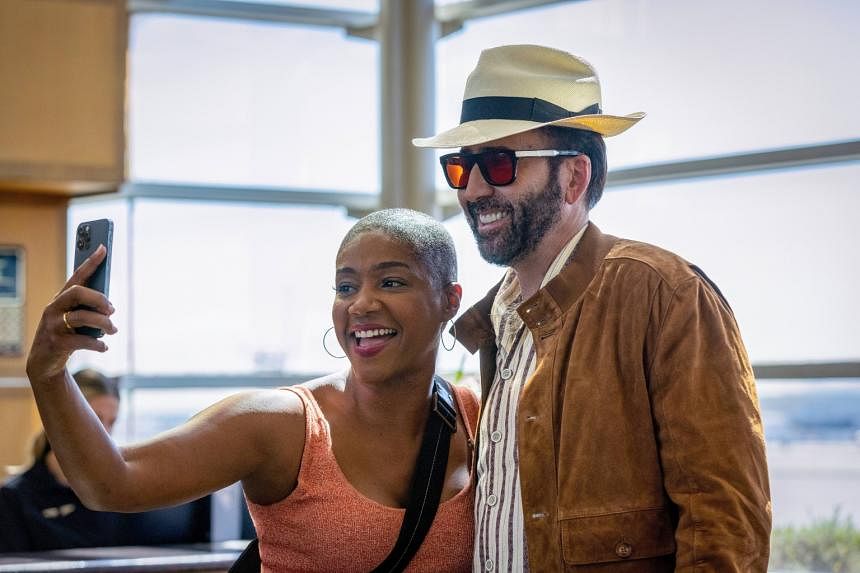 Who else but Nicolas Cage could star in a movie about an actor called Nicolas Cage whose life and career bears a strong resemblance to the real Nicolas Cage?

On one level, this project functions as an action-comedy about a Hollywood star grasping at money and relevance. As movie premises go, it is not exactly groundbreaking.

But when the self-referencing happens, a giddying hall-of-mirrors effect takes over. It is deliciously bewildering to watch Cage, in character as himself, talk about the Cage who was in the comedy Guarding Tess (1994), or the Cage who squared off against John Travolta’s character in the thriller Face/Off (1997).

Cage, playing an anxiety-ridden and broke version of himself, is pitched an idea by his agent, Richard (Neil Patrick Harris). The tycoon Javi Gutierrez (Pedro Pascal) is a superfan who will pay a million dollars for Cage to show up at his birthday party in Spain.

Actors playing themselves is not a novel idea, on television at least. Actor Matt LeBlanc played himself in the award-winning sitcom Episodes (2011 to 2017) and comic Larry David is much loved as the comic Larry David in the HBO comedy series Curb Your Enthusiasm (2000 to present).

But it is hard to think of a feature film as invested in self-referential meta-comedy as this work.

Cage is no stranger to mind-bending concepts. In the Spike Jonze-Charlie Kaufman black comedy Adaptation (2002), he played screenwriter Kaufman and his twin, who in the film are involved in a movie within the movie.

Unbearable Weight goes a step further. It not only makes references to Cage’s iconic roles, but it also makes him perform them. In one instance, a digitally de-aged Cage, dressed in leather from the era of Wild At Heart (1990), appears as a mental projection, urging the older man to do crazy things.

Cage as both bickering Kaufman twins is wonderful, but this is nervous middle-aged Cage, arguing with Cage doing an impression of his swaggering self from three decades ago, and making it feel poignant and funny. The mind boggles at the self-awareness, the audacity, and the comedic genius of it.