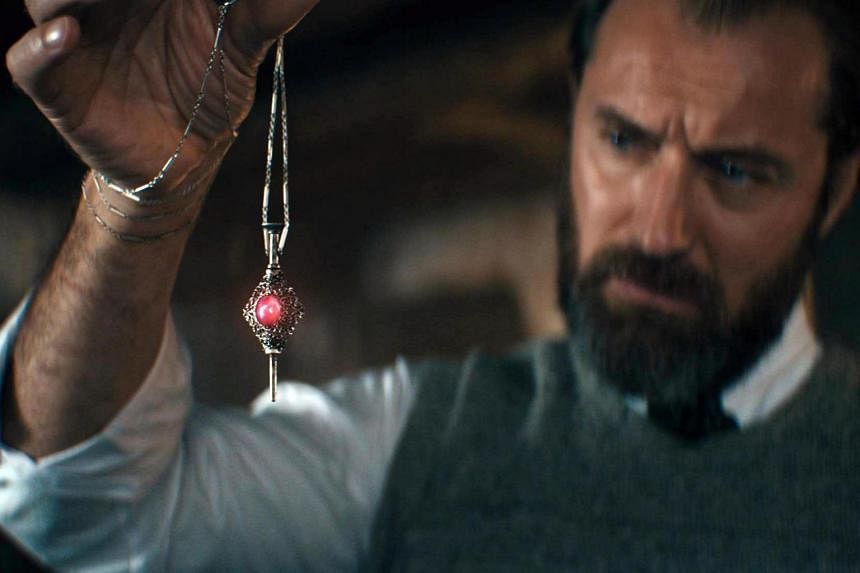 The 11th of the Wizarding World films – and third in the Fantastic Beasts franchise – finds the studio trying to repair the damage done by the second movie.

Fantastic Beasts: The Crimes Of Grindelwald (2018) was a sensory overload of a project that packed in too much plot and too many computer-drawn lightning bolts.

This time, there has been a deliberate return to the animated-movie whimsy of the magical bestiary found in the first movie.

Things are much cuter now, but also slightly less meandering – mainly because a couple of characters seem to have retreated into the background.

The traumatised and vengeful Credence Barebone (Ezra Miller), for example, heavily featured before, makes only a brief appearance here. But he might be back. Creator and screenwriter J.K. Rowling has said there are two more films planned, with the final one to be set in 1945.

The time period is now the 1930s. Magizoologist Newt Scamander (Eddie Redmayne) attempts to stop the kidnapping of the Qilin, a magical beast that resembles a dragon with horse-like features. The creature has powers that Dark Wizard Gellert Grindelwald (Mads Mikkelsen) desires.

The gifted wizard Albus Dumbledore (Jude Law) reveals that he and Grindelwald share a past, one that includes a pact that prevents them from duelling with each other.

Dumbledore, aided by Scamander, brother Theseus (Callum Turner), the non-wizard baker Jacob (Dan Fogler) and others travel between China, Germany, the United States and the Hogwarts School in Scotland to foil Grindelwald’s plans.

As George Lucas had done with his Star Wars prequel trilogy (1999 to 2005), this series is shaping up to be an ambitious mix of fantasy and political commentary. Lucas touched on imperialism and colonialism; Rowling wants to comment on war, genocide and the trolley problem, also seen in the “go back in time to kill baby Thanos” dilemma explained in the superhero movie Avengers: Endgame (2019).

As in the Star Wars prequels, this series is plagued by spotty world-building. Everything grinds to a halt when scary government figures pop up to make ominous proclamations. Once over, they vanish. Jerkily, the fan shout-outs (Hogwarts, no less) and chases begin again.

Mixing fantasy with real-world politics, if done well, can create exhilarating results. Look to Marvel film X-Men: Days Of Future Past (2014) or the HBO series Watchmen (2019) for examples of smart writing.

The underbaked politics is not the only problem.

There is a mention of a magical dilemma created by Grindelwald’s omniscience, but that conundrum disappears from the plot almost as soon as it is mentioned.