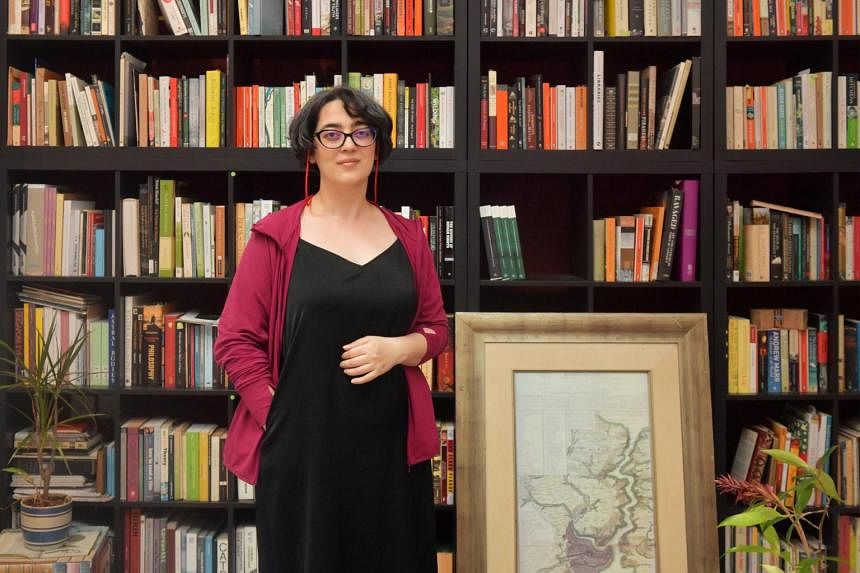 SINGAPORE – When artist Shubigi Rao was a child in New Delhi, her house was burgled. The robbers, finding no jewellery or money, carted off hundreds of books from her family’s library. What they could not take with them, they vandalised, ripping off the covers.

For several years after that, Rao and her family would visit the Sunday book market, spotting their lost books among the wares on the pavement, buying them back if they could afford it. “It was horrible,” Rao, now 47, says of the incident. “We had multiple forms of loss, but that was the worst.”

Her parents were book lovers. Her “third parent” was the library at home, the titles of which ranged from now century-old children’s encyclopaedias to her parents’ collection of books on political history, literature, natural history, mythologies and religions of the world.

This early love of reading, and brush with violence, planted seeds for what would much later become Pulp – a 10-year film, book and visual art exploration of the destruction of books, and the book as a site of resistance.

The latest iteration of Pulp – now at its midpoint – launches on April 21 at the Venice Biennale’s Singapore pavilion. Visitors will meander through a paper maze housing Rao’s new Pulp III book and 90-minute film Talking Leaves.

Rao, who has lived in Singapore for 20 years and is now a citizen, is the first woman to represent the island state in a solo show at the prestigious art festival.

The exhibition looks at Venice as well as Singapore – two historical centres of print. It is curated by Ute Meta Bauer, founding director of the NTU Centre for Contemporary Art Singapore, and commissioned by the National Arts Council.

Five thousand copies of Pulp III: An Intimate Inventory Of The Banished Book, the third in a fivevolume series, have been printed in Venice and will be carried off by visitors from around the world.

Some of the people and places that appear in the book or film are Singapore researcher Faris Joraimi, who specialises in the history of the Malay world; speakers of endangered languages such as Kristang and Cimbrian; an Arabic library in Berlin; and archives of oral testimony of prisoners of war and partisans, especially women.

Rao, a self-described introvert, admits: “I get intimidated by people, especially people I admire. This project has really challenged a lot of that, which is brilliant.

“My biggest fear is not introversion and meeting people, but allowing my brain to stagnate.”

Pulp, she adds, was an attempt to figure out her place in the world and her responsibilities in it.

“I couldn’t sit back any more and watch horrors unfold on the news. Because, as we know, the destruction of culture goes hand in hand with the genocide of people.”

Rao grew up in Darjeeling and New Delhi against the backdrop of a militant movement, bomb blasts and the assassination of former Indian prime minister Indira Gandhi in 1984.

The main reason for starting Pulp, she says, was to try to understand “the depressing regularity of violence that people commit against one another, and against the languages, books and cultural repositories of others”.

“The violent impulse – I still don’t understand it.”