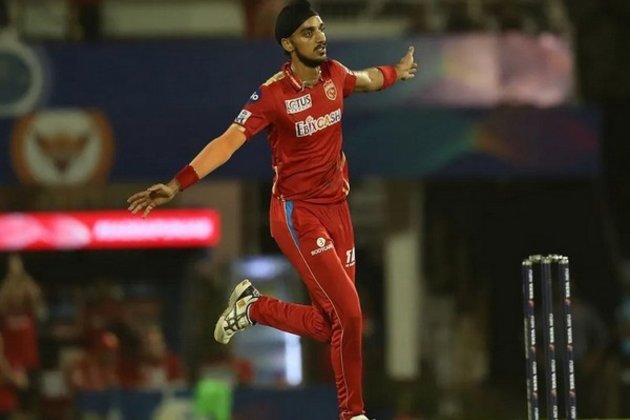 By Vipul KashyapAmritsar (Punjab) [India], May 27 (ANI): Arshdeep Singh, Punjab Kings pacer who has built his reputation for bowling death overs in the 2022 IPL, said his aim is to take a wicket whenever the Indian team desperately needs him in the T20I series against South Africa.

“I am very grateful, happy and lucky to be selected for the team India. And I will continue to do my best. My aim is to take a wicket when my team needs me. Waiting for my debut and to play for my country. I hope that I’ll make a mark with some best bowling figures for team India,” said Arshdeep Singh while speaking exclusively to ANI.

Talking about his stunning Indian Premier League 2022 journey, Arshdeep said, “The journey of this IPL was very good as I have played a lot of exciting cricket and at the same time very aggressive. I think we lacked in finishing the game and how we missed our crush points. If we had paid attention to them, the result would have been different.”The 10 wickets in 14 games for Punjab Kings may not display his true potential, but Arshdeep’s death-overs economy rate of 7.58 is only after Jasprit Bumrah (7.38), which shows he is capable of doing wonders.

Talking about the advice and guidance he received from senior players specially pacer Kagiso Rabada, Arshdeep said, “The guidance from the team was great and the support and backing were brilliant. I enjoyed it a lot as much as I played with Kagiso Rabada. I also enjoyed sharing the dressing room with the senior players. I have got a lot of guidance from Rabada and Mohammed Shami and their advice helped me a lot.””I got a lot of clarity in the team that in which overs I have to bowl or what should be the start of the game. It was a lot of fun playing Mayank Agarwal’s captaincy,” he added.

Despite performing in the shadows of the star player of Punjab Kings’ Kagiso Rabada in the IPL 2022, the emerging player has made a spot for himself as a death-over expert over the past couple of editions for the franchise, which eventually guided him in the 18-member India squad for the forthcoming five-match T20I series against South Africa, next month.

“Even for Punjab Kings, I didn’t have a fixed order to ball. Sometimes I had to bowl the death overs too. My position in the Team Indian bowling unit will depend on the conditions. I will give my 100 per cent to every role that the team management will give me,” said Arshdeep.

His yorkers in the death overs have been the highlight of his spells and have helped propel him into the Indian team.

“While playing for any team and performing for them, the players don’t expect a call-up from Team India neither did I. Because wherever we get a chance, we try to give our hundred per cent for the team we are playing for. I will pay more attention to the things that are in my control,” he added. (ANI)