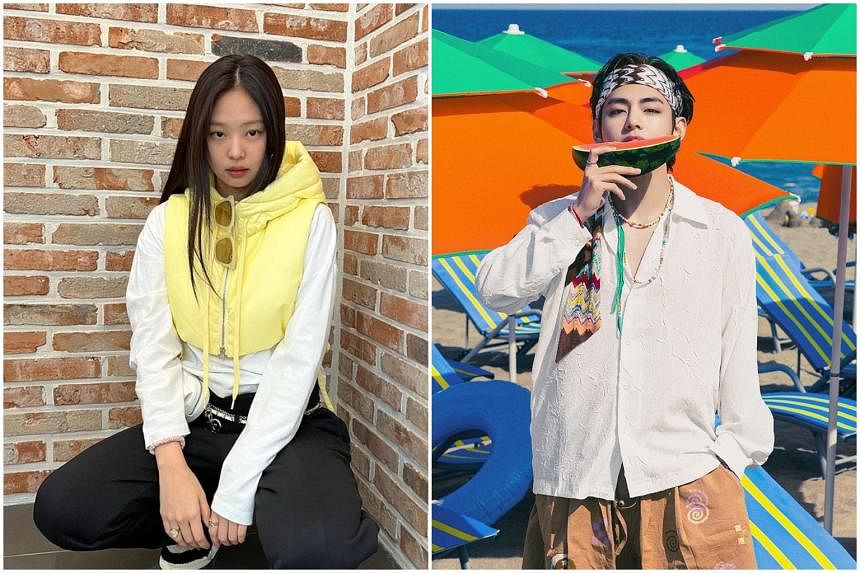 But one Twitter user echoed the sentiments of many when they wrote, “People who said ‘it’s edited’ are FOOLING themselves. These (pictures) couldn’t look more real. You’re in denial. Stop saying (the picture) is fake and be supportive instead. It’s 2022, who cares if idols date.”

Others suggested it was a ploy to distract attention from the bullying scandal that recently cropped up around Kim Garam, a member of the K-pop girl group Le Sserafim.

According to Korean entertainment news outlet Soompi, Jennie’s agency, YG Entertainment, had no comment on the situation. “We have nothing to say. We will inform you if we have a different response to share.”

This is not the first time that V and Jennie, 26, are suspected to be dating.

In December, sharp-eyed netizens noticed that V had followed Jennie on his newly created Instagram account. Even though he quickly unfollowed her, fans spammed Jennie’s Instagram account, leaving angry comments such as “Leave V alone”.