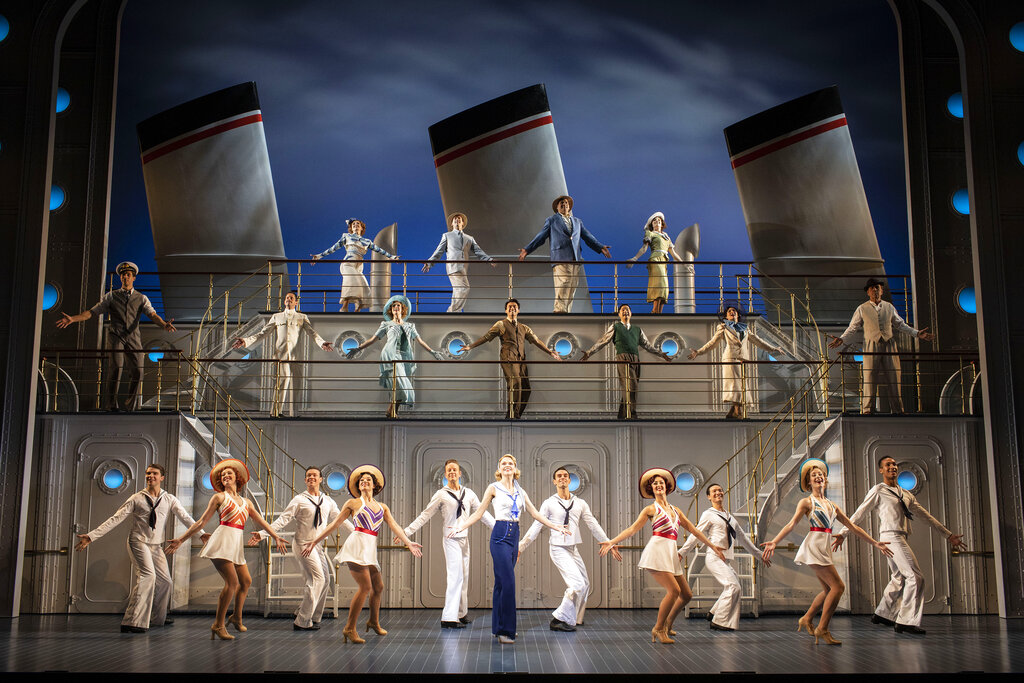 NEW YORK (AP) — If you can’t make it to New York to see Sutton Foster on Broadway in the classic musical “The Music Man,” don’t worry. You can always catch her at your local movie theater in another classic musical.

A filmed recording of the two-time Tony Award-winner leading the high-kicking London cast of Cole Porter’s romp “Anything Goes” arrives at more than 700 cinema screens, including one in Huntsville, across the U.S. for two days — March 27 and March 30. Tickets are on sale now.

“It’ll be really, really fun to be able to watch it with my daughter,” Foster tells The Associated Press. “And then when I get to show it to my grandchildren someday, they’ll be like, ‘Wow, grandma, you really could kick!’”

The musical, centered on a ship crossing the Atlantic populated by a crazy mix of characters, stars Foster alongside three-time Olivier Award- and Tony Award-winner Robert Lindsay. It highlights some of Porter’s best songs, including “You’re the Top,” ″Friendship” and “I Get a Kick Out of You.”

The version onscreen was captured over three performances last summer at the Barbican Theatre and is directed and choreographed by Tony winner Kathleen Marshall. The film, distributed by Trafalgar Releasing, has already been screened to huge audiences in the U.K. and Ireland.

“I’m so excited to share with movie audiences this wonderful musical comedy featuring our stellar cast, amazing orchestra and incredible creative team,” Marshall said in a statement. “We hope audiences across America will join us for this delightful and romantic crossing.”

Foster won one of her Tonys playing the same role on Broadway in 2011 under Marshall’s guidance and was making her West End debut, a dream she had long held. She replaced Megan Mullally, who had to withdraw from the show due to an injury.

“I was actually scared to revisit it because it had been such a positive, wonderful thing that I had done 10 years ago. But then I just thought, ‘I have to say, yes. I have to do this. I have to be back on stage.’”

She slipped back into the role — London theater restarted quicker than Broadway after COVID-19 shutdowns — and has returned to New York to currently star opposite Hugh Jackman in a revival of “The Music Man” on Broadway. Both performers are back after having contracted the virus.

“I’ve hopefully grown up a lot in 10 years, and I think I’m a different performer, even being a mom. It was really interesting to kind of bring 10 years of life experience to Reno,” she says. “It was nice to be able to have a little bit of a life experience to add to color of her.”