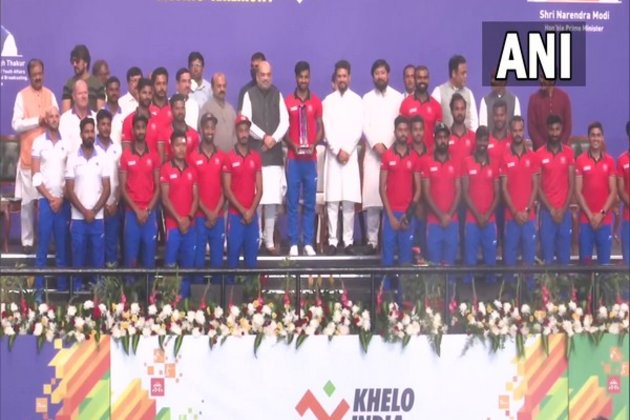 Shah was there in Bengaluru to attend the closing ceremony of the Khelo India University Games 2021 along with Union Sports Minister Anurag Thakur, Karnataka CM Basavaraj Bommai, MoS Nisith Pramanik and the Union Minister Pralhad Joshi.

The Ministers also released the postal cover brought out on the occasion of the closing ceremony of the Khelo India University Games 2021.

During the event, Thakur said to the audience, “Despite COVID-19, the 2nd edition of Khelo India University Games 2021 has been successful. Around 3,800 athletes from 208 universities across the country participated in this edition of KIUG. Two national records have been set during these games.”Home Minister Amit Shah also said to the audience that before 2014, sports lovers and enthusiasts used to worry while watching international games except Cricket and the country’s name did not figure out in the medal tally during the Olympics, Asian Games or any other international tournaments.

“We lagged behind even in Hockey. PM Modi came to power in 2014, and he set a goal that India would be the no.1 in all areas – including sports…He started a series of initiatives like Fit India, Khelo India University Games and today we can see its beautiful result,” he added. (ANI)