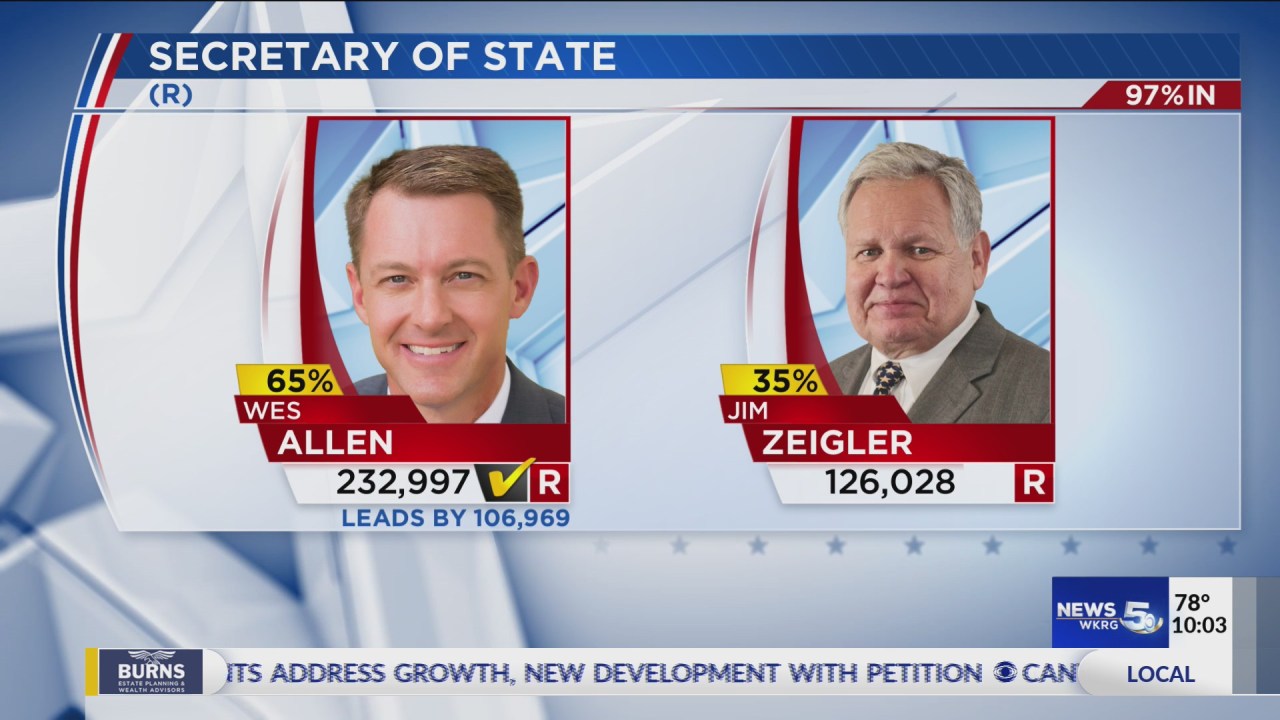 MOBILE, Ala. (WKRG) — State Rep. Wes Allen won the Republican nomination for Alabama Secretary of State, according to the Associated Press.

Allen beat his opponent State Auditor Jim Zeigler Tuesday, June 21. Zeigler congratulated Allen on his win and told WKRG News 5 that he would like to work for his former competitor’s campaign.

“I endorse Wes Allen for the general election and will work for his election,” said Zeigler. “I thank the hundreds of citizens that supported me and worked for me. I could have not gotten into the runoff without their help.”

Allen will face off against Democratic Candidate Pamela Laffitte and Libertarian Candidate Jason Shelby in the November General Election. Zeigler will continue working as State Auditor until January of 2023.