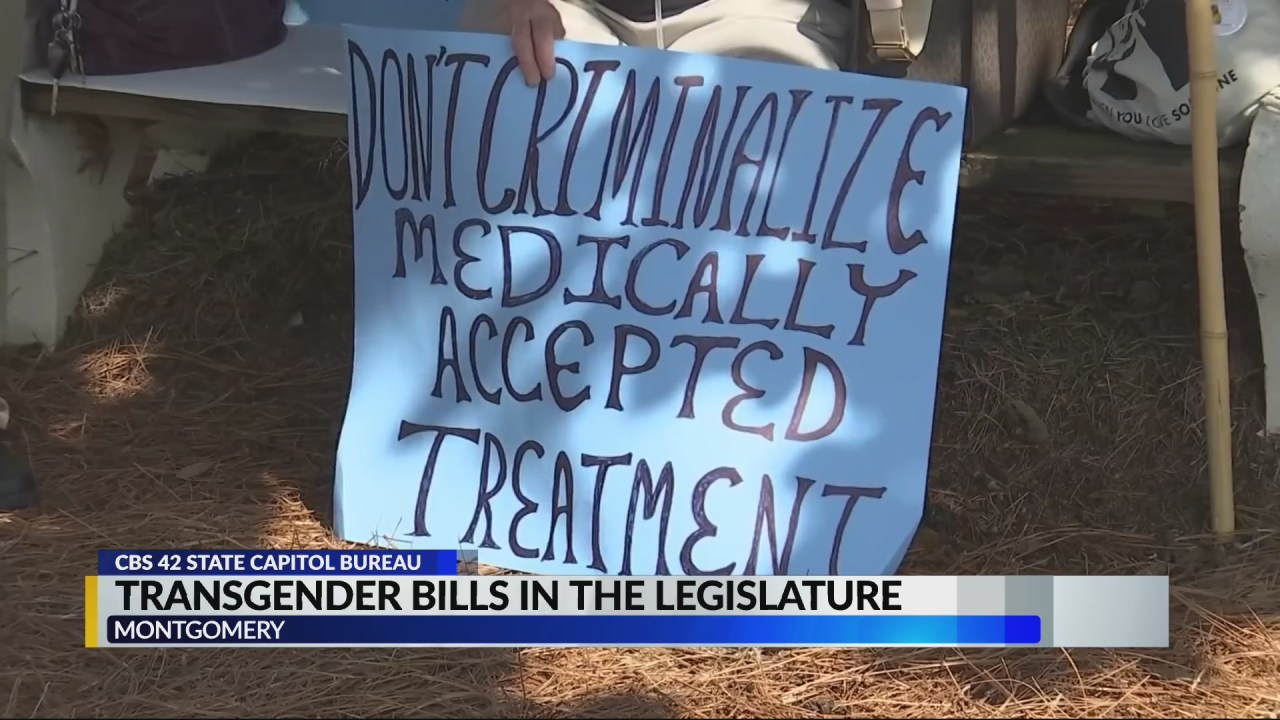 MONTGOMERY, Ala. (WIAT) — Alabama lawmakers have four days left in the legislative session, with lots of bills yet to cross the finish line.

That includes one that prohibits doctors from performing a medical procedure or prescribing medication to a minor intended to alter gender appearance or delay puberty. It would also establish criminal penalties for violations.

Rep. Wes Allen, R- Troy, sponsored a House version of the bill, but says he expects the Senate version to pass the final hurdle this week.

“We just want to protect kids and protect these minors,” Allen said. “We have laws on the books now that restrict alcohol sales, smoking and vaping and tattoos for children, and because their minds are not developed, they don’t understand the long-term effects to decisions they make today.”

Rev. Lynn Hopkins with the Unitarian Universalist Fellowship of Montgomery says it’s not that simple.

“We know that transgender youth who are treated as though they are corrupted, evil, diseased, commit suicide in extraordinarily high numbers,” Hopkins said.

Hopkins says if these bills pass, state lawmakers are sending the wrong message to a population already vulnerable to substance abuse, suicide and other self-harming behaviors.

Rep. Neil Rafferty, D- Birmingham, says he thinks the bills are intended more to make a political point than to solve a real problem.

“It’s just based off of a very false narrative when they’re just trying to start a new culture war using children as political footballs,” Rafferty said.

But Allen says it’s about protecting kids from making life-changing decisions at a time when their brains are still developing.

“We want these children to flourish, and we want them to come to accept their biological sex. Nothing in this bill restricts mental health being offered to these children or being able to get them the counseling that they need,” Allen said.