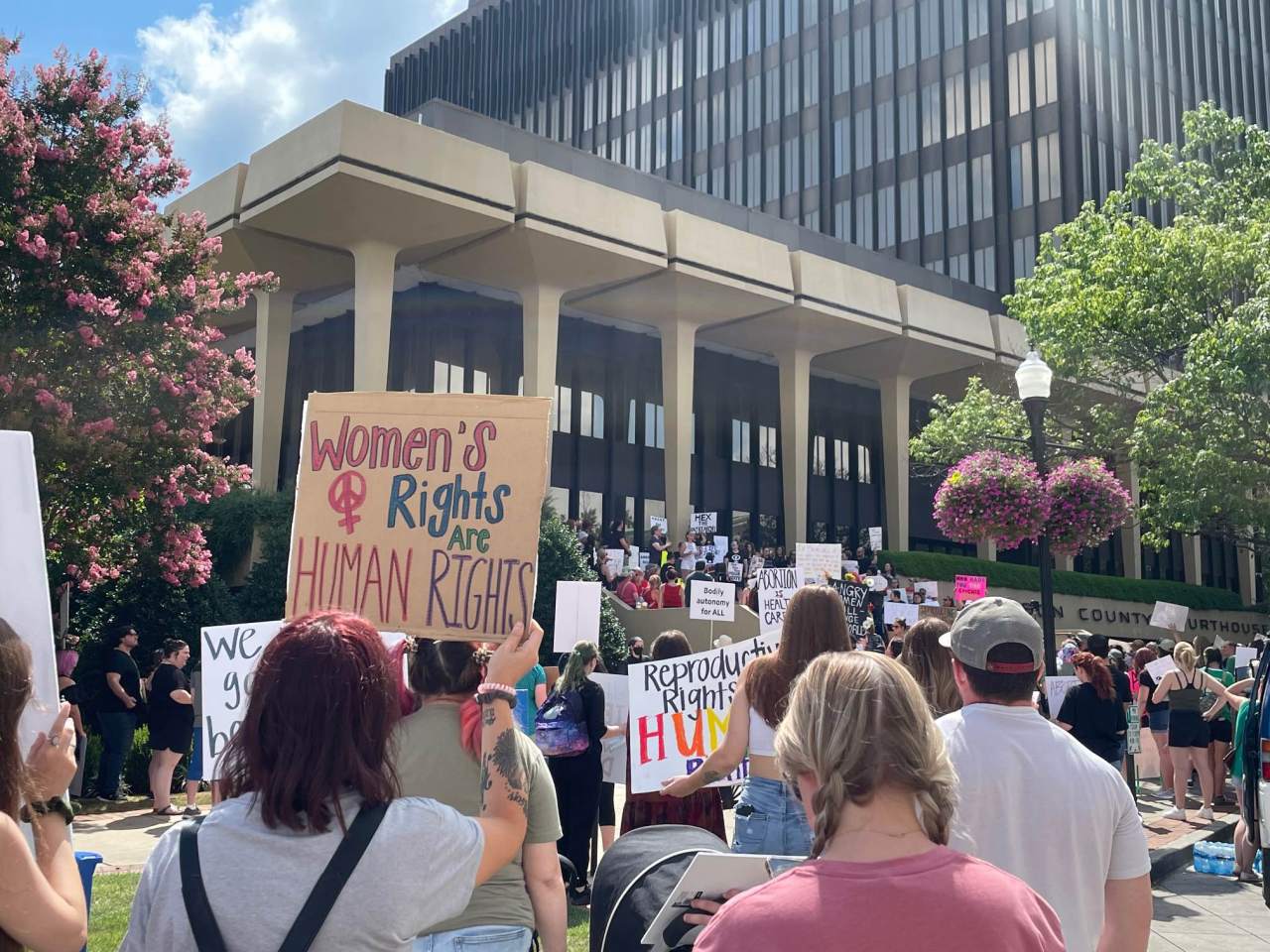 HUNTSVILLE, Ala. (WHNT) — Protests over abortion rights are continuing in North Alabama, including one held on the steps of the Madison County Courthouse Monday morning.

The rally, organized by Alabama Rally Against Injustice, brought together local representatives and abortion rights supporters in Huntsville.

Hundreds gathered at the courthouse to demand a change for women’s rights, just 10 days after the U.S. Supreme Court overturned Roe v. Wade and returned abortion rights to the state.

While many Alabamians support the overturning of Roe, protests like Monday’s show that not everyone does. Protestors told News 19 they want to see state legislators take a stand.

For some supporters, the rally went beyond women’s rights.

“The minorities in this country are tired of being walked all over,” said Makayla Wilson, a protestor at the rally. “The Supreme Court is not going to just stop at Roe v. Wade. Indigenous children are at risk, minorities are at risk, [and] LGBTQ+ [people] are at risk. African Americans. We’ve gotten to a point where we just can’t take this anymore.”

The courthouse was closed Monday in honor of Independence Day.

One protestor, George Fletcher, said he believes Independence Day only related to a fraction of those who live in the country.

“Independence is a relative term these days,” Fletcher told News 19. “It depends on the color of your skin, the person you love, whether you have a uterus or not.”

Fletcher says he chooses to spend his holiday as a cisgender white male advocating for others.

“It’s pointless if everyone in the country can’t share the same independence,” Fletcher concluded.

AboThe group’s Huntsville rally was held alongside others like it in the State of Alabama, including the cities of Cullman, Montgomery, and Birmingham.