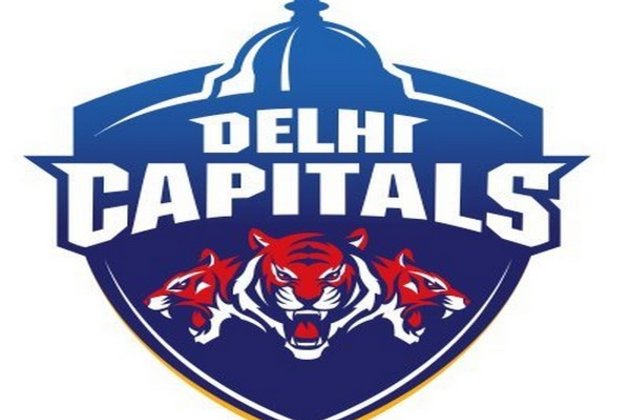 Bengaluru (Karnataka) [India], February 13 (ANI): Australian T20 World-Cup winning duo David Warner and Mitchell Marsh, and experienced India all-rounder Shardul Thakur headlined the buys of the Delhi Capitals on Day 1 of the IPL 2022 Mega Auction here in Bengaluru. While Warner and Marsh were acquired for Rs. 6.25 crore and 6.50 crore respectively, Thakur became the franchise’s most expensive buy of the Auction so far at Rs. 10.75 crore.

Speaking about his team’s major buys of the day, Delhi Capitals’ co-owner Parth Jindal said, “David Warner is a legend of the game. He was the match of the series and helped Australia to win the T20 World Cup. He has captained his previous team to the IPL win. He will work out well with Prithvi Shaw and with Ricky Ponting.””If you see how expensive all the fast bowlers were going, we realised that the original plans and numbers we had will not work out for us. Shardul is an improving character. We thought he would add balance to our squad. Hence, we went aggressively for him. Plus, we have been great admirers of Shardul Thakur’s skills and his progression. He can bowl with the new ball and in the death overs, and can also bat. We could not be more excited about having him,” Jindal added while speaking about his team’s expensive buy of the auction so far.

Having acquired the Indian spin wizard Kuldeep Yadav for Rs. 2 Crore, the DC co-owner said, “We needed a quality spinner and hence, getting Kuldeep at Rs 2 crore is something we are very happy about. Axar Patel and Kuldeep Yadav playing together will be an extremely interesting pair. Axar is someone who can bowl in the powerplay, while Kuldeep with his wrist spin can be very dangerous. He has a lot to prove. He has not played much in IPL for past couple of years, so he has a lot of hunger in him. I am very excited to see that duo. I am very confident that two left-handers will cause a lot of trouble.”Meanwhile, Delhi Capitals’ Assistant Coach Pravin Amre said, “Our plan was to get an explosive batsman on top, and we got David Warner, who won the man of the series award at the T20 World Cup in 2021. We are also very happy to get a good all-rounder in Mitch Marsh. Shardul Thakur has been playing for India in all three formats and was part of India’s winning team last year in Australia. Hence, as a franchise, we backed him. We are also happy to get good buys Kuldeep and Mustafizur under our budget.”He further added that the Capitals’ management will now focus on plugging the remaining gaps in the squad on Day 2. “The auctions are not yet over, so we are really focused on getting our remaining players. Hopefully, we will get what we want. But so far, the auctions have gone the way we wanted,” stated the former Indian player.

David Warner, who started his career with the Delhi franchise, became the first buy of the Tata IPL 2022 mega auction for the Capitals. The seasoned campaigner led Sunrisers Hyderabad to their maiden IPL title in 2016. Having scored as many as 5449 runs in 150 matches at an average of 41.59, the southpaw is the fifth-highest run-getter in IPL history. He has 4 tons and 50 half-centuries to his name.

Mitchell Marsh, who was acquired by the Capitals for Rs 6.50 crore, was a prominent member of Australia’s T20 World Cup 2021 title-winning squad. He scored 185 runs in six games at an average of 61.67 and was named as the man of the match in the World Cup final for scoring 77 runs in 50 balls. The big-hitting all-rounder also had a solid Big Bash League season earlier this year, having played a vital role in Perth Scorchers’ title win. He scored 347 runs in 8 games at an average of 57.83, including his maiden T20 ton.

Shardul Thakur, who was bought by Delhi Capitals for Rs 10.75 crore, was an integral part of the Indian Cricket team that scripted the historic Test series win in Australia last year. The bowling-allrounder has played 24 T20Is for India in his career in which he has picked 31 wickets at an average of 23.84. Since making his IPL debut in 2012, the 30-year-old has played 61 games in the T20 league and has 67 wickets to his name. He had his best IPL season in 2021 when he picked 21 wickets at an average of 25.09 for Chennai Super Kings.

Mustafizur Rahman, who was acquired by Delhi Capitals for Rs 2 crore, has bagged as many as 238 wickets in 177 matches at an economy rate of 7.27 in his T20 career. The Bangladesh speedster is the only overseas player in IPL history to have won the emerging player of the year award in 2016 (his debut year). The left-arm fast bowler has recorded 38 wickets in 38 IPL matches at an average of 29.5 and an economy rate of 7.84.

Kuldeep Yadav, who was acquired by Delhi Capitals at Rs 2 crore, is an experienced campaigner and has played international cricket across all three formats for India. In his T20I career, the left-arm chinaman has picked 41 scalps at an average of 14.22 and an economy rate of 7.15. He is also the only Indian bowler to have picked two hat-tricks in ODI cricket. In his IPL career, Kuldeep has played 45 games in which he has picked 40 wickets at an average of 30.9.

Ashwin Hebbar, who plays for Andhra Pradesh in domestic cricket, was acquired by the Capitals for his base price of Rs 20 lakh. The right-hand batsman has scored 1117 runs in 41 matches at an average of 34.90 in his T20 career. The 26-year-old batter was the fourth highest run-scorer in the recently concluded Syed Mushtaq Ali Trophy, having scored 279 runs in five matches, including a century.

Young all-rounder Sarfaraz Khan, who has represented teams Royal Challengers Bangalore and Punjab Kings, was purchased by Delhi Capitals at his base price of Rs 20 lakh. The Mumbai-born player has scored 781 runs in 68 matches, with a strike rate of 134.42 in his T20 career.

Kamlesh Nagarkoti, who was acquired by Delhi Capitals for Rs 1.10 crore, rose to prominence after a superb showing at the 2018 U-19 World Cup, in which he picked 9 wickets in six games at an average of 16.33. The right-arm speedster also made headlines at the tournament for clocking 90mph with the ball. He made his IPL debut in 2020 for Kolkata Knight Riders and has played 11 games so far in the T20 tournament.

The wicketkeeper-batter KS Bharat, who represented Royal Challengers Bangalore in IPL 2021, was bought by Delhi Capitals for Rs 2 crore. The 28-year-old, who plays for Andhra in domestic cricket, has scored 1050 runs in 61 matches in his T20 career. He also amassed 370 runs in five matches at an average of 92.50 and a strike rate of 108.18 in the 2021-22 Vijay Hazare Trophy.