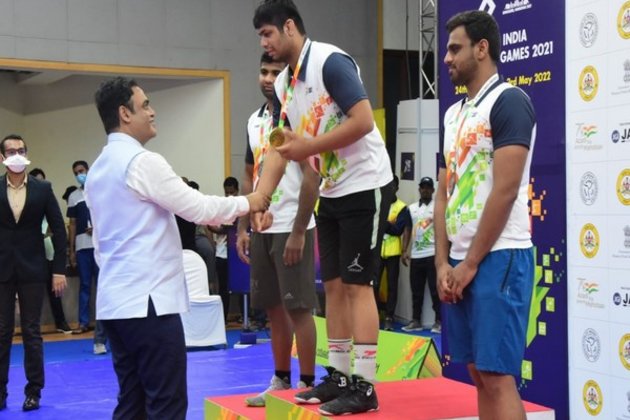 Bengaluru (Karnataka) [India], May 2 (ANI): Ashish was ten years old when his father forced him into the sport of Wrestling. At that time, Ashish had no idea about the sport and had never even seen it before.

But his father, who worked as a farmer in Joshi Jat village of Sonepat district in Haryana, had seen wrestling all around his village and believed it to be a tough, individual sport that can bring discipline into his son’s life.

“Because winning or losing in this sport is completely dependent on the individual, my father believed this sport will really give me important life lessons,” Ashish said.

While initially reluctant to pursue the sport, Ashish fell in love with Wrestling in 2017 when he bagged his first medal in the Sub-Junior Nationals in the 97 Kg category.

Ashish continued to attain success in his career, as he went on to win three more medals in Junior Nationals in the same category, and in 2021, at the Senior Nationals in Noida, he attained a Bronze medal in the 97kg weight category.

“This is my first Gold medal in Khelo India University Games. Now my focus is completely on Commonwealth Games. I competed here to check out the competition and prepare for the multi-sport event. There will be trials to get selected for CWG, and I am eagerly awaiting the same now,” a pumped-up Ashish said after receiving his Gold medal at the KIUG 2021.

On being asked how his training for the Commonwealth Games is going on, Ashish said that his big focus is to avoid any significant injuries as they can really derail a wrestler’s career.

“I am training along with my father. Hum kamde maarte hain, dand lagate hain… training is going really strong,” he said.

“We are taking a lot of care to avoid injuries. I have never suffered a major injury and I don’t ever want to suffer one as well (laughs),” he added.

Praising the level of competition and the organisation of KIUG 2021, Ashish said: “The Khelo India Games were amazing. The competition was great. I had good fights and I feel confident now.”But while many athletes at the KIUG 2021 are eyeing a chance at the Paris Olympics 2024, Ashish said his complete focus is on the upcoming calendar year and qualifying for the CWG and the Asian Games 2022.

“My sole focus at this point is on the upcoming Commonwealth Games and the Asian Games this year. I am not thinking too far ahead of Paris at this point, as I am deeply focused on performing this year at the two major international events,” he signed off. (ANI)