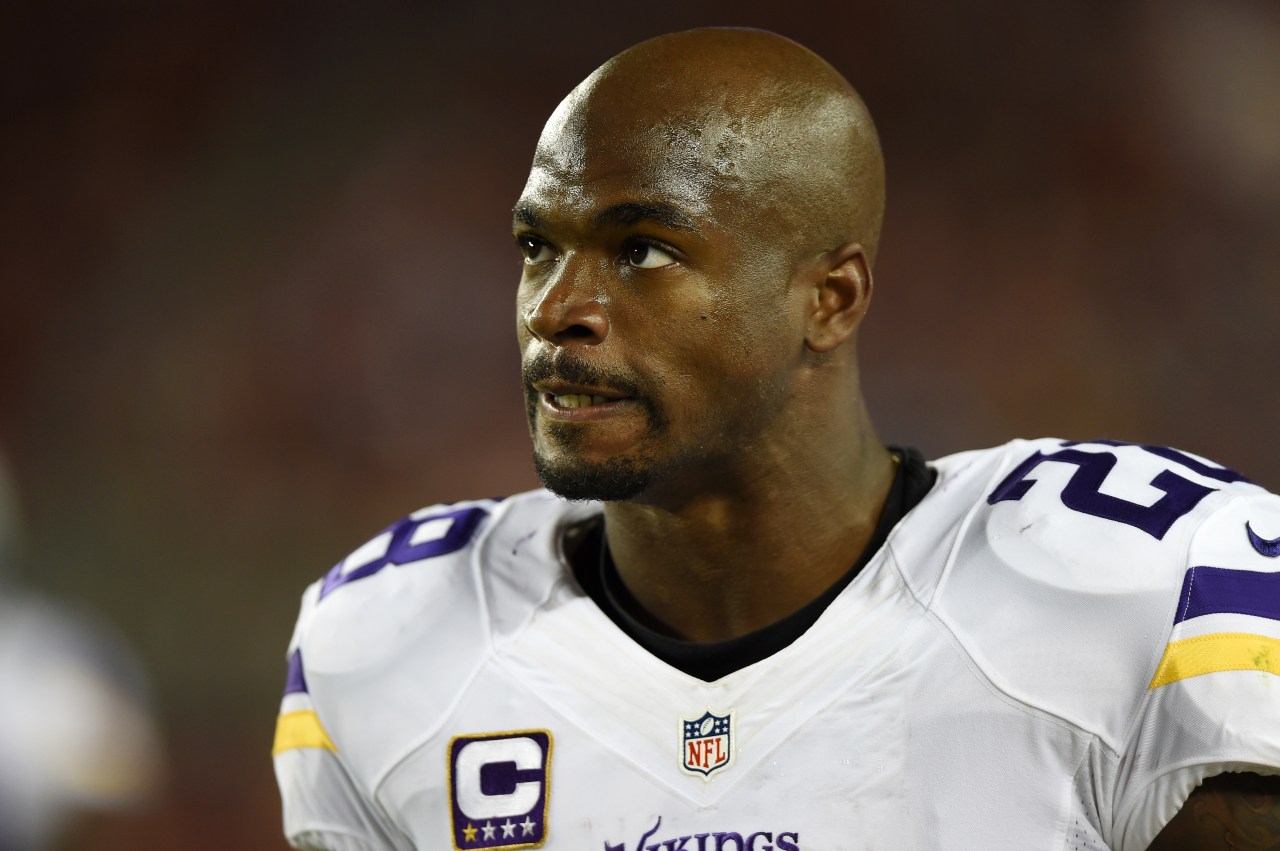 About 8:30 a.m., police were called to the airport for a report of domestic violence on an airplane, according to police Lt. Karla Rodriguez.

The plane, which was headed to Houston, had to return to the gate “due to a verbal and physical altercation between a male suspect and a female victim,” Rodriguez said.

The suspect, football star Adrian Peterson, was arrested on suspicion of domestic violence injury to a spouse, Rodriguez said.

Peterson was released on $50,000 bail Sunday afternoon, according to jail records.


Super Bowl bonus: Here’s how much extra the winners and losers get paid

The other passengers, including the female victim — presumably Peterson’s wife of eight years, Ashley Peterson — continued to Houston, Rodriguez said.

In a statement to TMZ, a spokesperson for the Petersons called the incident “a verbal argument.”

“This is a private misunderstanding between husband and wife and we anticipate it will all be resolved shortly,” the spokesperson said.

This isn’t Peterson’s first time being accused of domestic violence. He was arrested in 2014 for allegedly striking his 4-year-old son with a switch.

Peterson pleaded no contest to misdemeanor charges in the case and was sentenced to probation and community service.