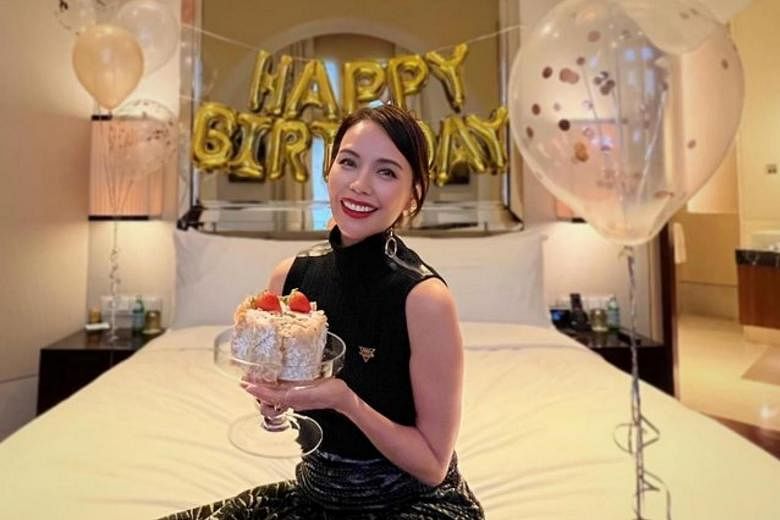 The reigning queen of home-grown dramas posted on social media several photos of herself carrying a cake at a hotel. She wrote in Chinese: “I hope there is sunshine and bright smiles in the days ahead.

“Wishing myself a happy birthday and that whatever I have will be more perfect in the new year ahead.”

She used hashtags such as #capricornlove, #selfwishesonmybrithdayday and #staycation in the post.

Her post has been liked more than 10,400 times as of Wednesday, with celebrities such as actors Zheng Geping, Aileen Tan and Vivian Lai wishing her a happy birthday.

Tay, who won the inaugural Star Search in 1988, was recently seen in the long-running drama The Heartland Hero, playing a rich Thai woman in the show.

She is currently filming the medical drama You Can Be An Angel 4, reprising her role as nurse manager Wang Ruojun.

Tay, who won Best Actress at last year’s Star Awards for My Guardian Angels, has three sons, who are in Junior College 1, Secondary Three and Primary Six this year.

She told local Chinese daily Lianhe Zaobao recently that she is now more relaxed when it comes to her sons’ education, as it is up to them to study.