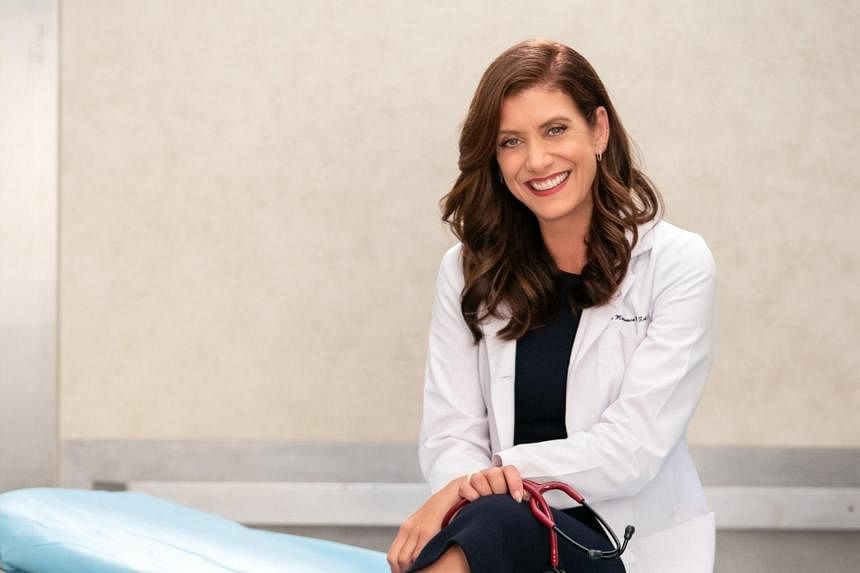 LOS ANGELES – More than 16 years after her first appearance on hit medical drama Grey’s Anatomy (2005 to present), American actress Kate Walsh returned to the television series that launched her career with a guest appearance on the show’s 18th season in October last year.

And in a new post on TikTok on Wednesday (April 6), Walsh teased a second return in early May, lip syncing “umm… yeah” in response to the question, “Will you come back to Grey’s Anatomy for one more episode?”

In an interview with entertainment magazine Us Weekly published on April 8, the 54-year-old actress said being a part of the hit series has been “surreal”.

“It’s been an honour to be a part of such a legacy. It’s just so rare,” Walsh said.

Her character had first shown up at the end of the drama’s maiden season in 2005, introducing herself as the wife of male lead Derek Shepherd, playing by Patrick Dempsey, and throwing a wrench into the blossoming romance between Derek and the show’s titular protagonist, Meredith Grey (Ellen Pompeo).

Walsh’s neonatal surgeon character, Addison Montgomery, was soon given her own spin-off, Private Practice, which ran from 2007 to 2013.

Since the end of Private Practice, Walsh has had a successful acting career, appearing in movies like the comedy Girls Trip (2017) and hit television series such as 13 Reasons Why (2017 to 2019), Umbrella Academy (2019 to present) and Emily In Paris (2020 to present).

“It’s been really, really fun. It’s so nice to be back and to get to play some more with (the cast),” she told Us Weekly, of her homecoming to Grey’s Anatomy – which is available in Singaore on the Disney+ streaming service.

She added that her emotional on-screen reunion with Pompeo was not just the magic of television and acting – “Those were real tears,” she said.

In the scene, Kate Walsh’s neonatal surgeon Addison Montgomery and Pompeo’s Meredith Grey shared a scene together in a hospital elevator – a common setting for many of the show’s iconic scenes.

In the scene, Addison breaks down crying while remembering her former husband, Derek Shepherd, who was married to Meredith when he died in season 11.

In return, Meredith extended an invitation for Addison to meet her children with Derek – thus bringing the former romantic rivals full circle.

Walsh told Us Weekly that she was grateful to be able to return to the role that launched her career: “It’s like going back home and going back to a job that changed my life in an amazing way so long ago.”