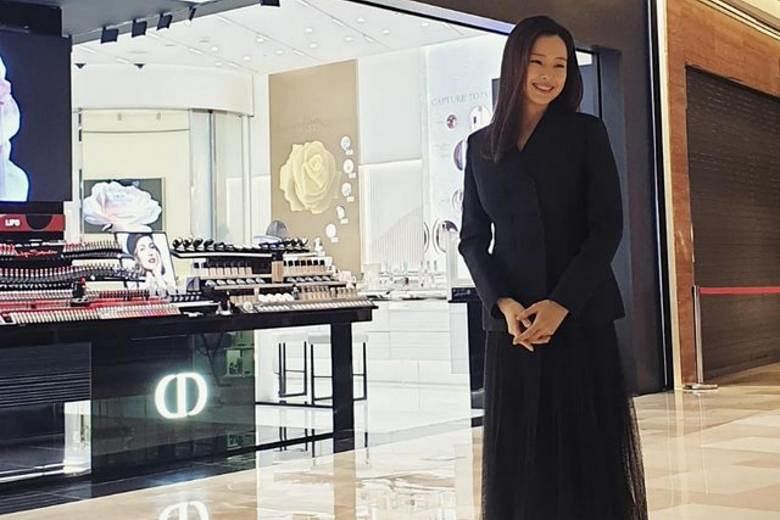 SEOUL – South Korean actress Honey Lee has updated her social media account for the first time since she surprised fans with news of her pregnancy.

The 38-year-old posted several photos of herself at a promotional event on Monday (Jan 24), with some fans noting that she had managed to conceal her baby bump well.

Lee, who recently played two different characters in the television series One The Woman (2021), was seen in a black outfit and wearing a pair of sneakers, with a ring prominent in her hand.

The actress stunned fans on Dec 21 after her agency announced that she had tied the knot with her boyfriend at a private wedding ceremony in Seoul.

This came more than a month after her agency confirmed on Nov 8 that she was in a relationship. It added that he was not from the entertainment industry and they had met through friends in early 2021.

Lee dropped a further bombshell on Jan 16 when her agency said that she was expecting her first child, with media outlets saying that she was four months pregnant.

She had dated actor Yoon Kye-sang, a member of first-generation K-pop idol group g.o.d, for seven years before they broke up in June 2020.

Lee rose to prominence after winning the Miss Korea pageant in 2006 before finishing as third runner-up in the Miss Universe pageant the following year.

She won acclaim for playing a tomboyish detective in the action-comedy Extreme Job (2019), a change from her usual glamorous image.