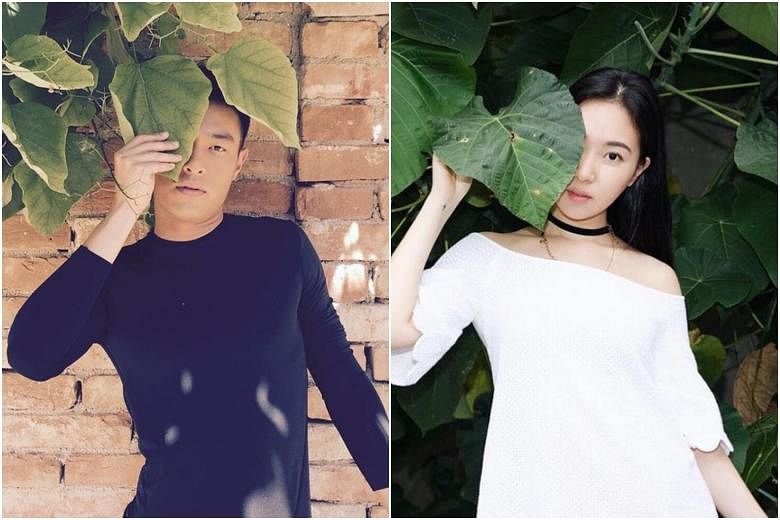 TAIPEI – In a series of hilarious photos, Taiwanese actor Yo Yang wished his wife a happy birthday by posing like her.

The 39-year-old star of Light The Night (2021 to present) shared eight photos and two video clips on Instagram on Feb 9 (Wednesday), tagging Melinda Wang, 32, his model-entrepreneur wife. They married in 2020 and have a one-year-old daughter.

In one photo, she is seen lounging in a deck chair in a bikini and a pair of sunglasses, while in his version, he is also in shades but topless and showing a lot of leg.

Another pose of hers which he adopted was hiding his face coyly behind a large leaf.

He also shared a photo of her dressed in black and white, posing like a model against a wall. He imitated her outfit and pose, down to the white sneakers, and even wrapped some black fabric around his head to look like he had long hair like her.

His post may have been in retaliation for her sharing an unglamorous video of him pulling funny faces on his birthday in August 2021. At that time, his management agency had also poked fun at him with a series of comically unflattering photos.

Yang will reprise his role as detective Pan Wen-cheng on hit Netflix series Light The Night when it returns for its third and final part on March 18.