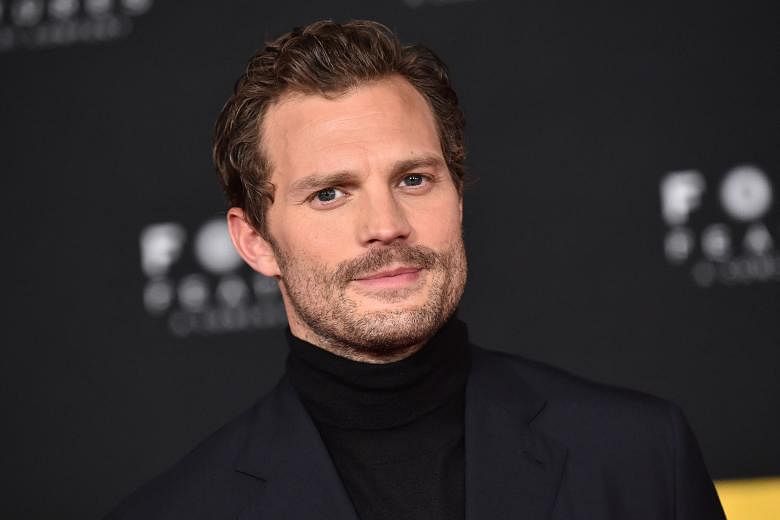 LONDON – Actor Jamie Dornan has opened up about the death of his father from Covid-19 after a routine knee surgery in March 2021.

The Fifty Shades trilogy star was in stuck in quarantine in Australia ahead of filming BBC series The Tourist when he received the heartbreaking news.

In an interview with British tabloid The Sun last Friday (Jan 14), he said he could relate to the trauma so many have experienced during the pandemic.

Dornan, 39, said: “It’s been a brutal time for lots of reasons and for lots of people. We’re all just trying to ride it out and come out the other side – and hope we’ve got our heads intact.”

He revealed that the death of his dad, Prof Jim Dornan, a prominent obstetrician and gynaecologist in Belfast, made 2021 “the worst year…Øand the hardest”.

The father and son were close and Jamie Dornan said his father helped him deal with the loss of his mother Lorna from pancreatic cancer when he was 16, telling him: “Don’t let this be the thing that defines you.”

Jamie Dornan added: “I’ve been subjected, early on in my life and now, to a lot of pain and loss.”

His father, who was 73 when he died, had been supportive of his career and was exceptionally proud of his latest movie role in director Kenneth Branagh’s Belfast, which is a strong contender at the upcoming Oscars.

The coming-of-age movie, which also stars Judi Dench, has deep resonance for the Dornans as it is set in the city they called home.

In it, Jamie Dornan plays a character based on Branagh’s own father.

Sadly, Jamie Dornan’s dad did not get to see the movie, which had its world premiere in September 2021, before his sudden death.