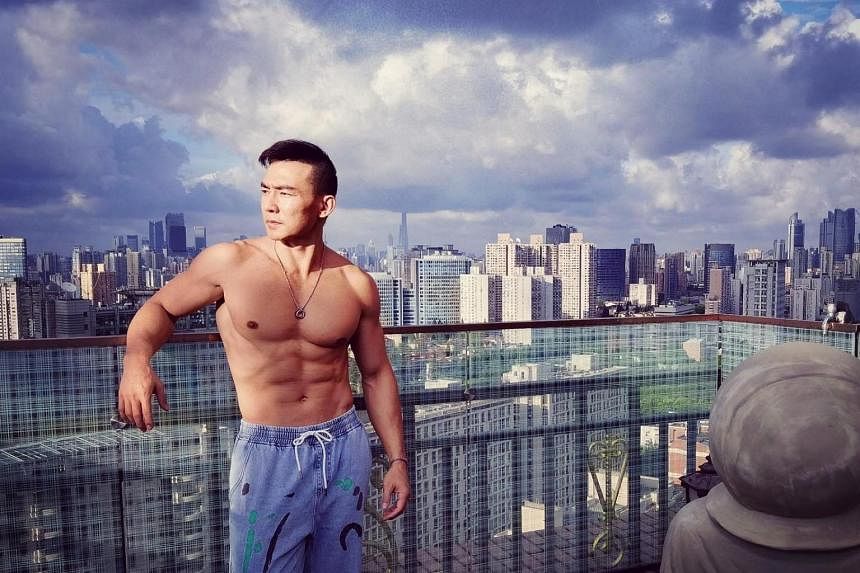 SHANGHAI – Taiwanese artiste Will Liu has seen his followers on Douyin, the Chinese version of TikTok, increase by almost 10-fold in less than a month – all thanks to his live-stream fitness exercises.

The number has leapt from fewer than 6 million on April 12 to more than 57 million as of Sunday (May 1).

Due to the lockdown in Shanghai to combat Covid-19 transmissions, Liu, who is a fitness buff, took to Douyin to live-stream his exercise sessions with his wife, even once roping in his 66-year-old mother-in-law.

According to online data released on April 20, the actor-host has accumulated more than 100 millions views of his live broadcast in almost 30 days. One live broadcast racked up 44.76 million views and 200 million “likes”, breaking Douyin’s live broadcast record so far this year.

Liu, who is also a member of Taiwanese boyband S.B.D.W, was previously better known as a good friend of Mandopop star Jay Chou and the father of Little Puff, now eight. He and his daughter took part in the fifth season of Chinese reality television show Where Are We Going, Dad? in 2017.

He has focused his career in China in recent years and announced in 2021 that he and his family had moved to Shanghai.

He was in the news in early April after he was banned from Douyin when his nipples, which were clearly visible through his tight T-shirt, were mistaken by the platform for breasts.

Liu and Wang were then seen wearing coats for a while during subsequent live-stream sessions.