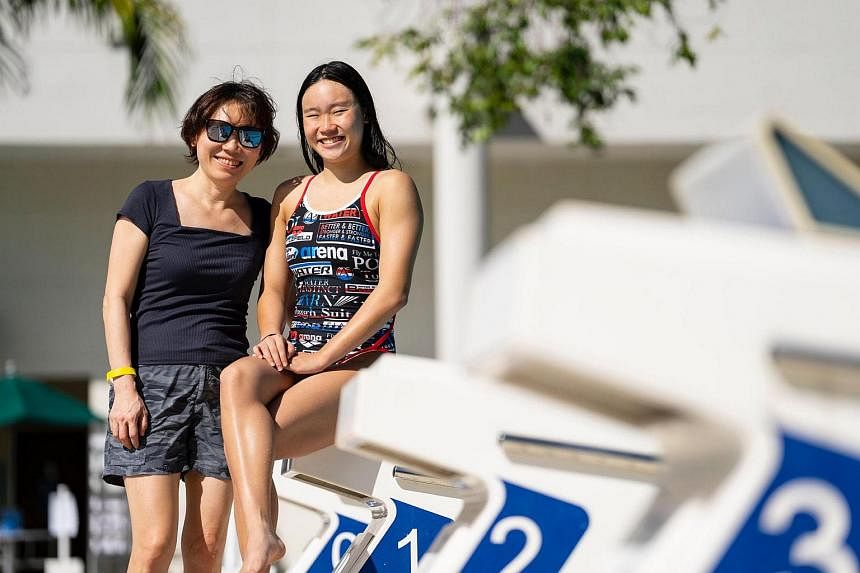 SINGAPORE – Before each race at the recent South-east Asian (SEA) Games in Vietnam, Singaporean swimmer Gan Ching Hwee would lose herself in a few games of Mario Kart or Taiko No Tatsujin, a rhythm game, to get her competitive spirit going.

“It raises my heart rate and brings out the competitiveness in me, like I want to win,” she says.

The 19-year-old made waves this year at the Games with her clean sweep of five gold medals in all her swimming events, four individual events and one relay.

This is Gan’s third SEA Games. She snagged a bronze medal at the 2017 Games in Kuala Lumpur, then two gold and one silver at the 2019 edition in the Philippines. She is best known for her long-distance races and won the women’s 1,500m freestyle race at the recent Games.

Not only is Gan an accomplished athlete, but she is also a high-achieving student. The former Anglo-Chinese School (Independent) student achieved a perfect score of 45 for her International Baccalaureate (IB) examinations last November. And she had no tuition at all.

Her secret is good time management, a skill she picked up in her formative years.

“Besides swimming, I did gymnastics, golf, ballet and piano in primary school and my dad taught me squash, badminton and table tennis. I went up to Grade 6 for ballet,” she says.

This is a habit she still has today as an undergraduate majoring in nutrition science at Indiana University in the United States. Using Google Sheets, she puts aside time for training, lessons, meals and, a recent hobby, crocheting.

By the time she was 11, Gan had narrowed her extracurricular activities down to swimming and ballet. She faced a dilemma in deciding which of the two to prioritise as she had just gone on pointe in ballet.

Gan, a former pupil of Tao Nan School, says: “I was going for swimming training five or six times a week and I would always show up late because I had ballet right before that. But my coaches always said I had the potential to go further and encouraged me to stay in swimming.”

Once she dropped ballet in Primary 5, she started attending up to 10 swimming training sessions a week, twice a day. She would set her alarm to rise at 4.30am for training at 5.30am.

Gan’s mother Lee Chui Leng, 49, a project manager, says her daughter’s self-motivation comes from being entrusted with responsibility from a young age. Enrolling her children in sports also helps as Ms Lee believes that it “instils discipline and moulds the character”.

Ms Lee was more hands-on when her daughter and son were toddlers, in line with the Montessori belief that building a foundation was vital to a child’s development. Hence, she took time to understand how her children learnt and cultivated values such as responsibility and resilience.