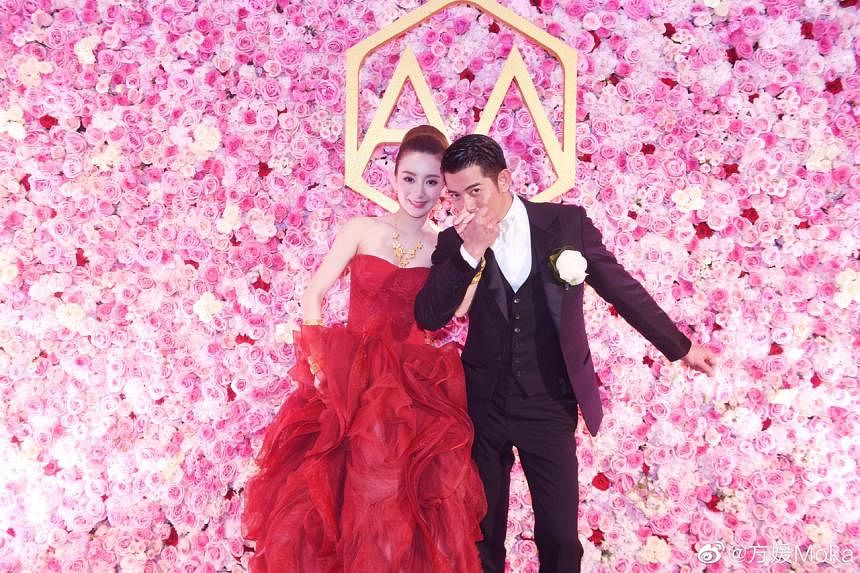 Late on Monday, Fang, 34, posted on Weibo previously unreleased photos of her wedding with Kwok, tagging the “Heavenly King”.

She wrote: “I still feel so romantic (and happy) looking at these photos every time. I am grateful to have you and happy fifth anniversary.”

Kwok, 56, reshared the post about 10 minutes later, writing: “I wish my dear wife happiness every day.”

The photos show the couple waiting outside the ballroom before their entrance and preparing to deliver a speech on stage. In another, Kwok kisses the hand of his wife, who is wearing a different wedding gown.

Fang also posted a more recent photo of her and Kwok together, with the word “love” in the picture.

Meanwhile, Xiong posted several photos of her and her husband, businessman Ken Kwok, celebrating the fourth birthday of their twin daughters, Kaylor and Lyvia.

The 41-year-old, also known as Lynn Hung, wrote: “My babies have turned four in the blink of an eye. I hope you can continue to love each other and stay healthy.”

She dated Aaron Kwok for seven years before they broke up in 2013.

She then went on to marry Ken Kwok, the younger brother of Hong Kong actress Kenix Kwok, in October 2016 and gave birth in April 2018.

Aaron Kwok married Fang in April 2017, and they have two daughters too – Chantelle, four, and Charlotte, who just turned three in April.