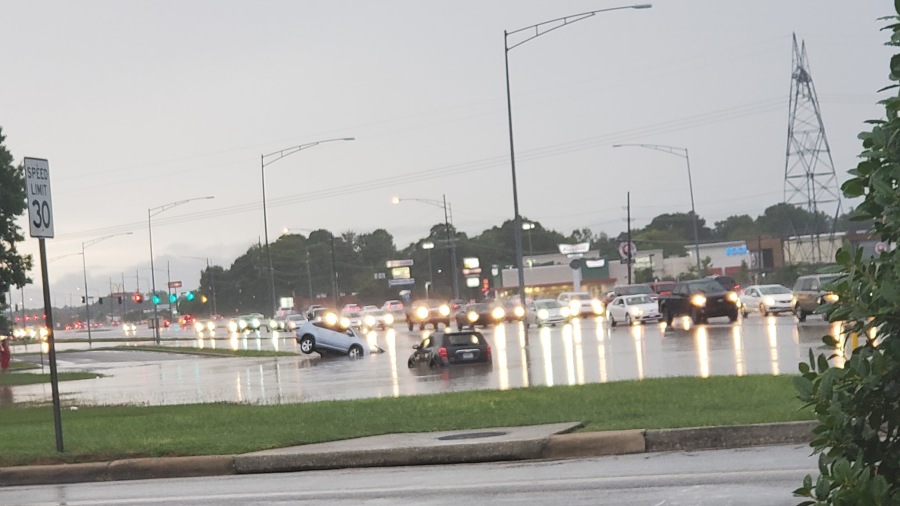 2021 is in the record books in North Alabama, so let’s look back at the year in weather.

We had been in a bit of a snow drought in Huntsville, going nearly six years since our last snow of 1″ or more officially recorded in the city. That streak ended in 2021, though, when heavy snow pushed into North Alabama on the 17th. We measured over three inches of snow in Huntsville, and Leighton recorded six inches of snow!

Brutal cold stuck around behind the snow, leading to frozen pipes for the next few days. We finally got back above 40° on the 20th.

While strong tornadoes were a theme this year across Central Alabama and Middle Tennessee, 2021 wasn’t particularly active in North Alabama in the tornado category. Five tornadoes touched down in North Alabama this year, and none of them were stronger than EF-1. Two tornadoes touched down near Fairview in Cullman county in March, 11 days apart. On the last day of March, a tornado touched down on the eastern face of Sand Mountain north of Fort Payne and moved into the Wills Valley, lifting just north of the Terrapin Hills Country Club. A weak tornado moved through Higdon on May 4th, bringing DeKalb county’s tornado count to two for the year to two, before a third tornado touched down.

All told, 2021’s weather wasn’t all that crazy, but 2022 started out with some wild weather! We rang in the new year with tornadoes in Triana, Hazel Green, and New Market. One person was injured, but thankfully there were no fatalities. On January 2nd, heavy snow blanketed the area, bringing joy to snow lovers across the Tennessee Valley.