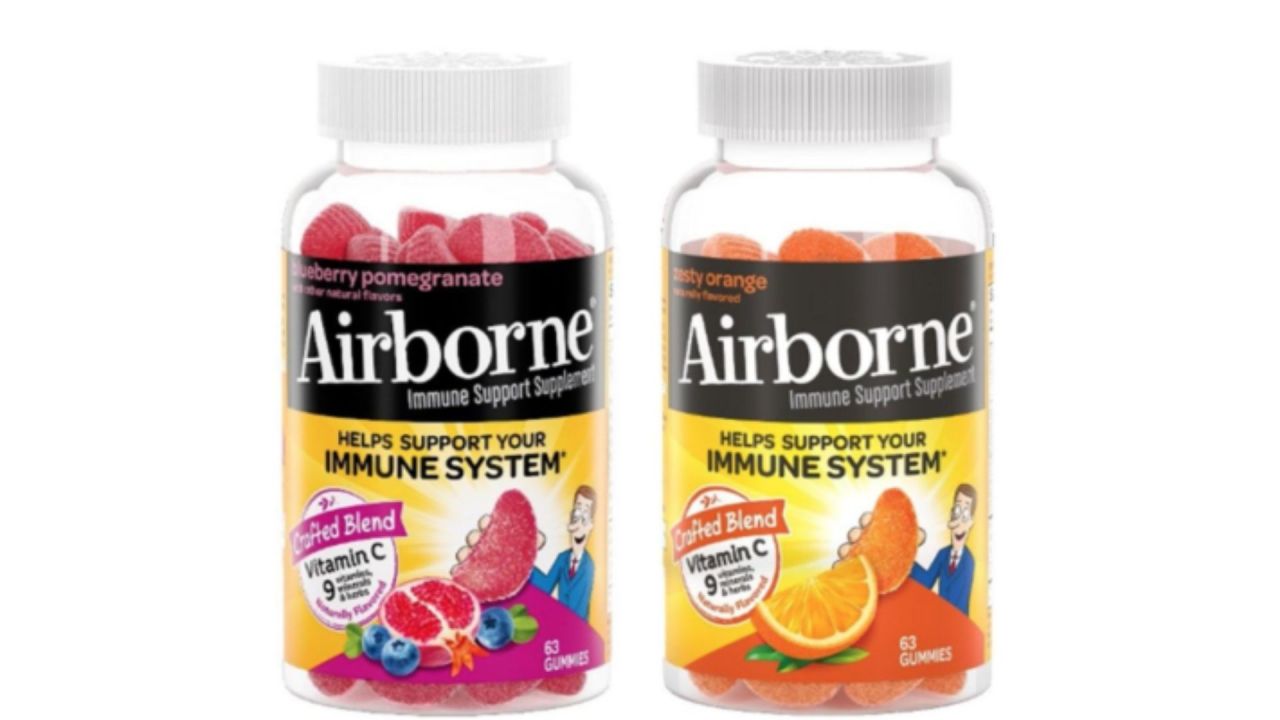 (NEXSTAR) – A national recall has been issued for select Airborne gummies because pressure build-up in the unopened bottles may pose “an injury hazard,” federal regulators said Wednesday.

Reckitt, the parent company of the Airborne brand, is voluntarily recalling certain 63-count and 75-count bottles of Airborne Gummies in assorted fruit, orange, and blueberry pomegranate flavors. The pressure build-up in the affected products can cause the cap and underlying seal to pop off “with force” when the bottles are first opened, which can cause an injury, the company said in a release.

According to the U.S. Consumer Product Safety Commission, there have been 70 reports of the cap or seal popping off the bottles. 18 reports have been received of consumers suffering minor injuries, while one reported an eye injury that required medical attention.

The recall notice estimates 3.74 million bottles are impacted by the recall, but Reckitt notes opened bottles are not included because they no longer pose an injury risk.

Recalled Airborne products were distributed at Target, Walgreens, CVS, Kroger, Sam’s Club, Walmart, Costco, Amazon, and other stores nationwide between May 2020 and February 2022. You can find a full list of recalled products here.

If you have an unopened bottle of Airborne Gummies included on the recall list that hasn’t been opened, you are encouraged to contact Reckitt to return them for a full refund.