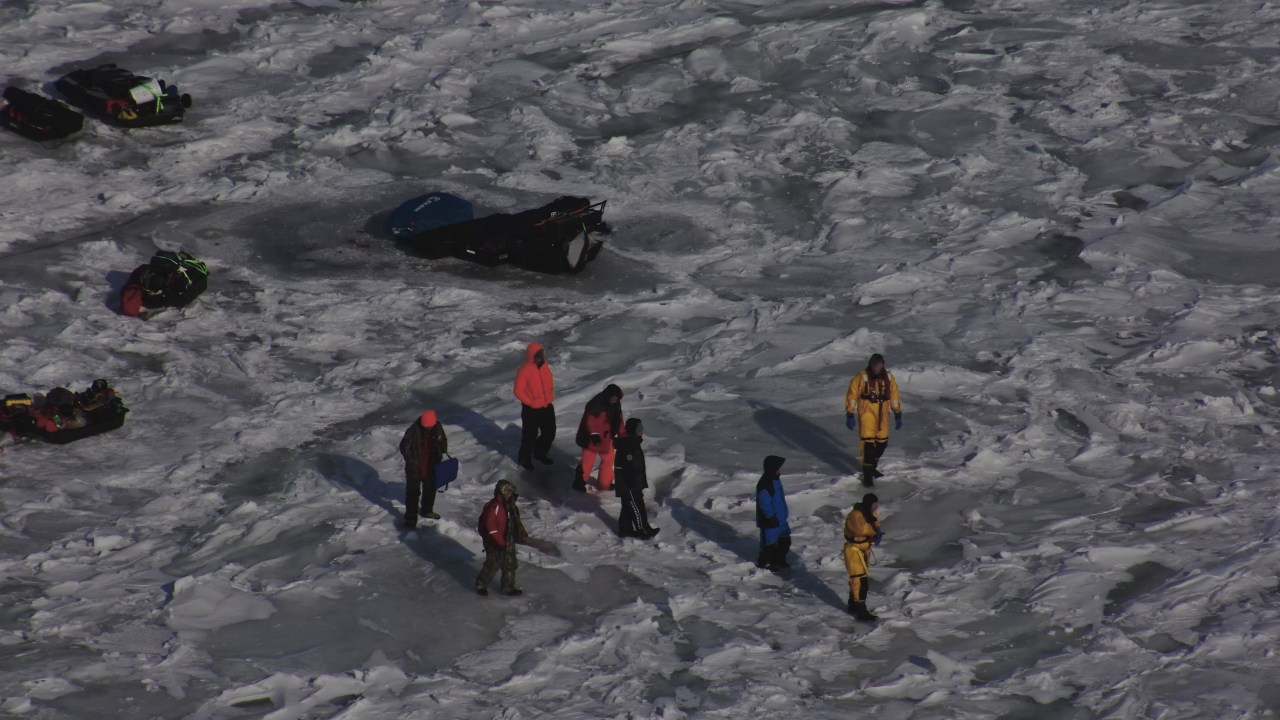 GREEN BAY, Wis. (WFRV)- At least 27 people were successfully rescued from a large chunk of ice that had broken from the shoreline in Wisconsin, Brown County deputies confirmed.

According to the sheriff’s office, on Saturday, at around 10:17 a.m., officials received a report that a large chunk of ice broke off near Point Comfort in the Bay of Green Bay. There were more than two dozen people stranded on it.

Sheriff’s deputies, fire officials and the U.S. Coast Guard all responded to the scene.

Upon arrival, these agencies reportedly worked together to allocate the necessary resources of which included two airboats, so that by noon all the people stranded on the floating ice had been safely rescued.

Deputies said that by the end of the rescue, the floating ice was approximately a mile from shore. It had floated approximately three-quarters of a mile during the rescue operation alone. The condition of the chunk of ice was deteriorating rapidly and cracking up as it moved, the sheriff’s office said.

Authorities confirm that no one was injured during the incident.

Law enforcement believes a barge that had gone through the bay shortly before the ice breakage may have contributed to the destabilization of the ice.

Many of those rescued were ice fishing at the time the ice broke off, the Associated Press reported.

“People out on the ice are always encouraged to maintain awareness of the potential deterioration in their surroundings and keep a cellphone or some way of communicating with them in case there is a need to call for assistance,” wrote the Brown County Sheriff’s Office.