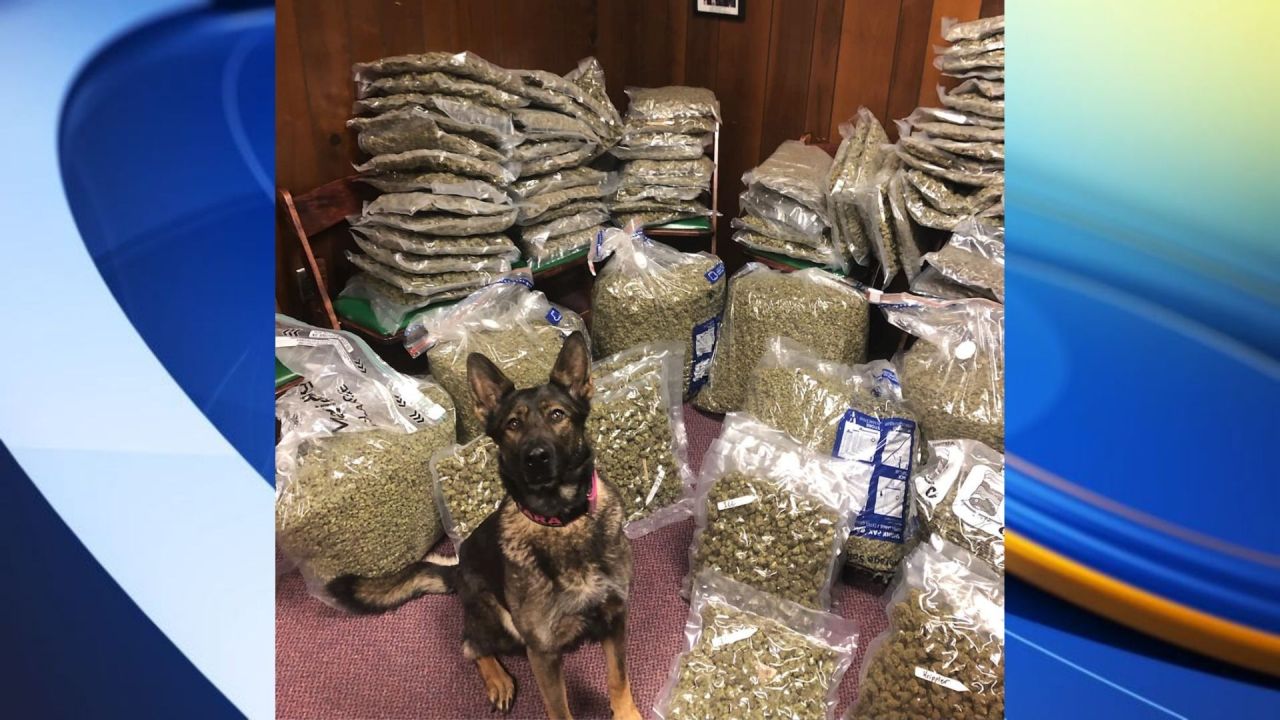 STEELE, Ala. (WIAT) — Two men were taken into custody after officers of the Steele Police Department recovered over 250 pounds of marijuana during a routine traffic stop early Monday morning.

Steele Police Chief Mark Ward said that at approximately 1:30 a.m. Monday, a cargo van was pulled over at the 174-mile marker along I-59 North in Steele.

During the stop, K9 officer Tara detected marijuana coming from inside the vehicle. During a search of the car, officers located 250 pounds of marijuana that were reportedly hidden in moving boxes and in a toolbox.

Jacory Martin, 37, and Ron Banks, 42, were both arrested and charged with drug trafficking. Martin and Banks, both from Charlotte, North Carolina, were both taken to the St. Clair County Jail and each held on $1.5 million bonds. Banks is also facing an additional charge of certain persons forbidden to carry a firearm.

“We don’t like drugs coming through our community,” Ward said. “I’m glad this amount is off the street.”

K9 Officer Tara has been with the department for over a year.